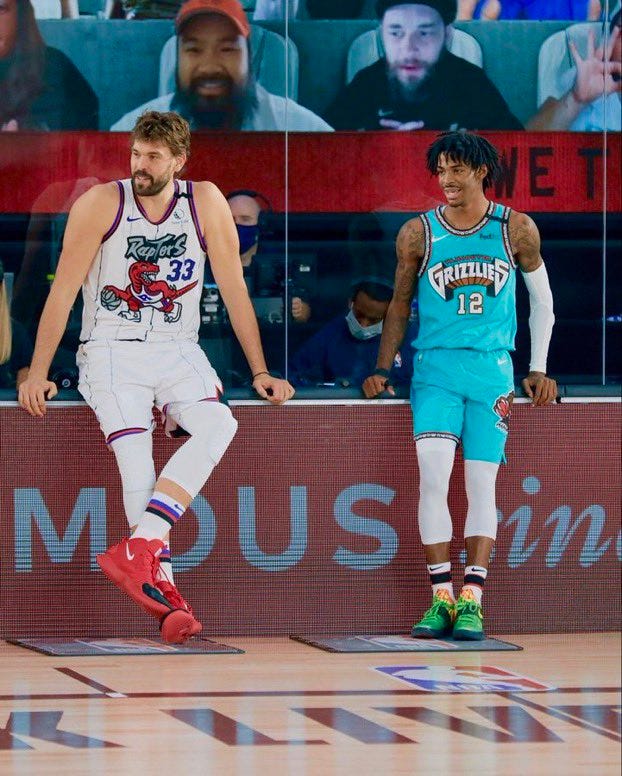 Norman Powell scored 16 points and Kyle Lowry added 15 for the Raptors, who clinched the No. 2 seed in the Eastern Conference and their fifth consecutive season with at least 50 wins.

Dillon Brooks scored 25 points, Grayson Allen matched a season high with 20 and Ja Morant had 17 points and 10 assists for the Grizzlies.

The Grizzlies dropped to 1-5 in the restart and are barely hanging on to eighth place in the West, with Portland, Phoenix and San Antonio close behind. There will be a play-in series in the West, starting Saturday.

Toronto scored 40 points in the second quarter and led 60-54 at halftime.

Lowry hit a 3-pointer as time expired in the third quarter to put Toronto up 88-71. The Raptors held the Grizzlies to 30% shooting in the period.

Toronto led 94-79 before Memphis rallied with a 13-1 run that trimmed the Raptors' lead to 95-92. Siakam responded with two 3-pointers to help the Raptors regain control.

Raptors: Improved to 4-1 in the restart. ... Serge Ibaka was issued a technical foul for arguing a call late in the third quarter. He finished with 12 points and 12 rebounds ... Committed 25 turnovers and forced 22.