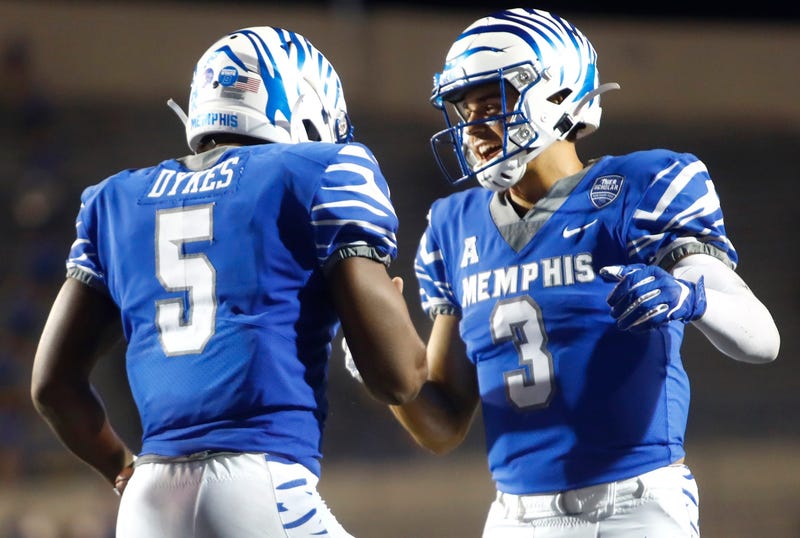 MEMPHIS, Tenn. (AP) — Brady White threw four touchdown passes, coach Ryan Silverfield collected his first regular season win at Memphis, and the Tigers beat Arkansas State 37-24 on Saturday night in the season opener for both teams.
White, who is the Football Bowl Subdivision's only 4,000-yard passer from last season, was 26-of-36 passing for 275 yards. He had two touchdown passes in the first half and added a pair of scoring throws from inside the 10-yard line in the third quarter that stretched the Tigers' lead to 34-17.

Sean Dykes had 10 catches for 137 yards receiving and two touchdowns for Memphis. Calvin Austin III and Damonte Coxie also caught TD passes. Rodrigues Clark had 105 yards rushing on 20 carries that included a 14-yard touchdown run.
Logan Bonner was 14-of-23 passing for 133 yards with a touchdown pass and two interceptions for Arkansas State. Isaiah Azubuike and Ryan Graham each ran for a score.

The attendance was 4,537 for 58,325-seat Liberty Bowl Memorial Stadium. The stadium was divided into four quadrants and fans were not allowed to move between quadrants. Masks were mandatory along with 12 feet of social distancing. Tailgating was not permitted.