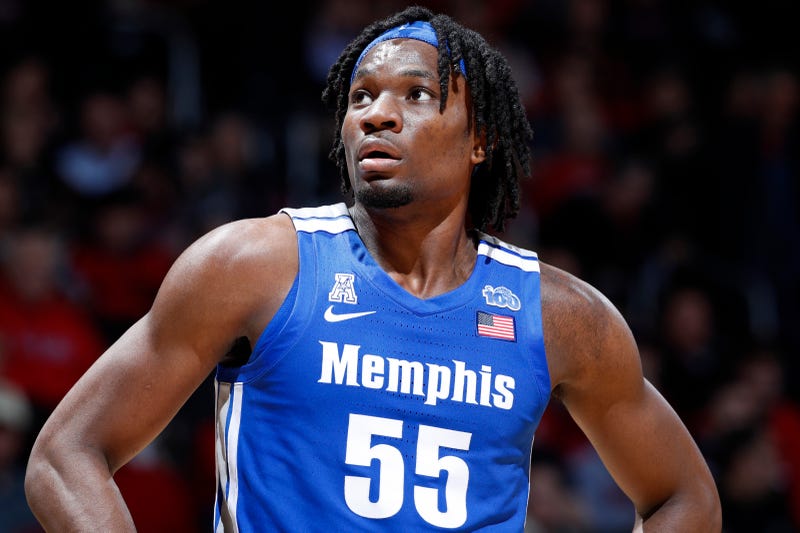 MIAMI (AP) — Precious Achiuwa was the best player in the American Athletic Conference in his lone collegiate season. The Miami Heat hope that success can now translate to the NBA.

The 6-foot-9 Achiuwa was taken by the Heat with the No. 20 pick in Wednesday’s NBA draft, giving the reigning Eastern Conference champions more frontcourt depth and athleticism. Achiuwa averaged 15.8 points and 10.8 rebounds for Memphis last season, shooting 49% from the field and posted 18 double-doubles in 31 games.

Achiuwa flourished as the year went on, taking over as Memphis' best player once James Wiseman left college after just three games. Wiseman was the No. 2 pick in Wednesday's draft, going to Golden State.

Achiuwa's first love as a kid growing up in Nigeria was soccer, which will make him a perfect fit in the Heat locker room: Jimmy Butler is a huge soccer fan, as is free agent guard Goran Dragic — who wants to be back with the Heat next season.

Miami is coming off a season where it went to the NBA Finals as the No. 5 seed in the East, finding a way in the restart bubble at Walt Disney World to get past three higher-seeded teams — sweeping Indiana in the first round, then needing five games to beat a Milwaukee team that finished with the league’s best regular-season record, then went six games to top Boston in the conference finals.

The Heat lost the NBA Finals to the Los Angeles Lakers in six games, and there are signs that they may largely run it back this season with a similar roster. Duncan Robinson and then-rookie Tyler Herro emerged as major threats last season, Butler flourished in his first Heat season and Bam Adebayo became an All-Star for the first time.

The Heat were not scheduled to have a second-round pick.———