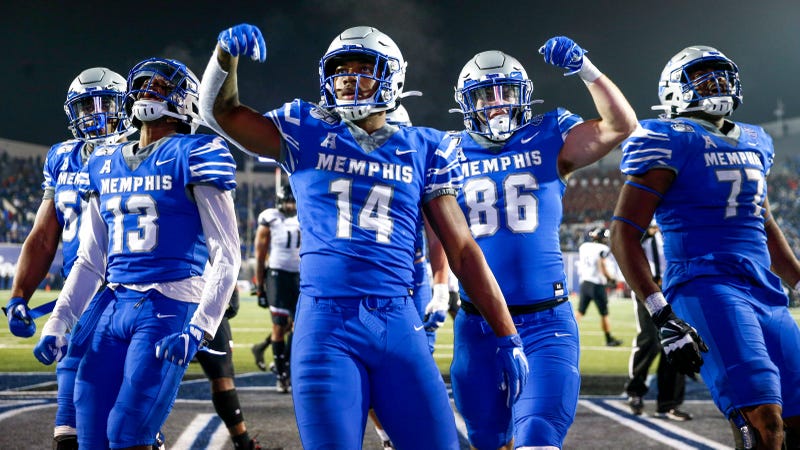 “Today was a very, very great day for the future of the University of Memphis and our football program,” said Silverfield. “We were able to sign quite a few student-athletes we think will fit our culture and will allow us to have success on and off the field for many years here at the University of Memphis. We have a lot of great young men from all over the country. They are excited to be coming here for the education and to play football in our wonderful football program. The future is very bright here at Memphis, and we can’t wait to get these young men on campus. Go Tigers!”

A three-star prospect … Prepped at the Ensworth School in Nashville for head coach Roc Batten … Recorded 56 tackles and 4.5 tackles for loss as a junior in 2019 … Helped Ensworth to a Division II-AAA semifinals appearance in 2019 … Ranked the 48th best player in Tennessee by the 247 Sports composite.

A three-star prospect … Three-year starter for prominent Denton Ryan program led by his father, Dave, as head coach … Amassed 7,234 passing yards while tossing 79 touchdowns to just 14 interceptions over his career … Has led Denton Ryan to a 39-2 record over the last three seasons, featuring appearances in the 2019 5A Division I Championship Game and the 2018 5A Division I semifinals.

A four-star prospect by 247 Sports … Also ranked as the 13th-best inside linebacker nationally by 247 Sports as well as the 11th-best prospect in the state of Louisiana … Ranked by 247Sports as the 10th-highest rated recruit to commit to Memphis since the website began tracking rankings in 1999 … Helped John Ehret High School to an 8-1 record this season … Compiled 142 tackles, including 42 for loss, during his junior campaign while forcing two fumbles and intercepting two passes.

Ranked the sixth-best kicker in the country by 247Sports and the No. 5 kicker in the 2021 class according to Chris Sailer Kicking … Played last season at Andover High School in Kansas and transferred this winter to Bartram Trail High School in Florida ... Connected on 39-of-42 extra point attempts and 12-of-21 field goal attempts with a long of 54 during the 2020 season … Converted 15 of 19 field goals as a junior, including a 54-yard attempt.

A three-star prospect … Had 66 catches for 1,147 yards and nine touchdowns for his career … Caught 41 passes for 810 yards and six touchdowns as a junior … Three-year starter at Har-Ber High School.

A three-star linebacker … Ranked as a top 50 ILB … Helped Carrollton to Georgia 5A State quarterfinal appearances as both a junior and senior … Recorded 88 tackles, eight sacks and 20.5 TFL as a junior … Tallied a career-high 3.5 TFL vs. East Coweta (8/30/19) and vs. Rome (9/20/19) … Recorded a rushing touchdown as a senior … Played for head coach Sean Calhoun at Carrollton.

Rated as a three-star defensive back … Flashed potential to play cornerback, nickel or safety … Won two playoff games after 6-0 league record under head coach James Counce Jr. … Ranked as the No. 29 prospect in Tennessee according to 247 Sports … Called Memphis the “perfect spot” with family in Tennessee and Arkansas.

A three-star offensive lineman that committed to Memphis the night before the early signing period … Also held offers from Arkansas, LSU, Mississippi State and Ole Miss … Named a 2020 3A MAC All-State selection … Member of the Commercial Appeal and Clarion Ledger 2020 Dandy Dozen.

A three-star standout cornerback for Madison Prep … Two-sport athlete in football and track and field in high school … First-team All-District as a wide receiver as a junior … No. 21-ranked prospect in Louisiana according to 247 Sports … Career-high 140 receiving yards and 85-yard touchdown catch on Nov. 29, 2019 … 17 tackles, 15 catches, and 7 TD as a junior … Set to appear in Louisiana Class 3A semifinals on Dec. 18, 2020, under head coach Mike Roach.

A three-star defensive back who chose the Tigers over multiple SEC offers … No. 24 prospect in Tennessee according to 247 Sports … Brings good size and long arms to the defensive backfield … Coached by Reid Yarborough at White Station … Senior season canceled due to Covid-19 … Competed in club 7-on-7 for Pro Process Academy … Played against top receivers in the country with Pro Process … Size and skillset to play multiple positions in the secondary.

A three-star defensive lineman from Brentwood Academy … No. 34 prospect in Tennessee according to 247 Sports … Committed to Memphis just five days after he received the offer … 37 tackles including nine TFL and 4.5 sacks in 2019 … Helped Brentwood Academy to a semifinal’s appearance in the Tennessee Division II Class AAA playoffs after an undefeated regular season … Skillset and football knowledge to line up inside or play the edge.

Rated as a three-star hometown safety … Recorded 37 tackles with two interceptions as a sophomore … No. 39 prospect in Tennessee according to 247 Sports … School didn’t play 2020 season due to Covid-19 … Ranked No. 9 on the Commercial Appeal Dandy Dozen … Signed with Memphis because “there really isn’t any place like Memphis, I love my city,” … Coached at Ridgeway by former Memphis defensive back Duron Sutton.

A three-star prospect … Helped South Panola to a 6-3 record for the 2020 season … Amassed 1,333 receiving yards and 17 touchdowns during his three-year varsity career … Averaged 15.6 yards per reception during his senior season … 2020 Bernard Blackwell North/South All-Star Game selection.