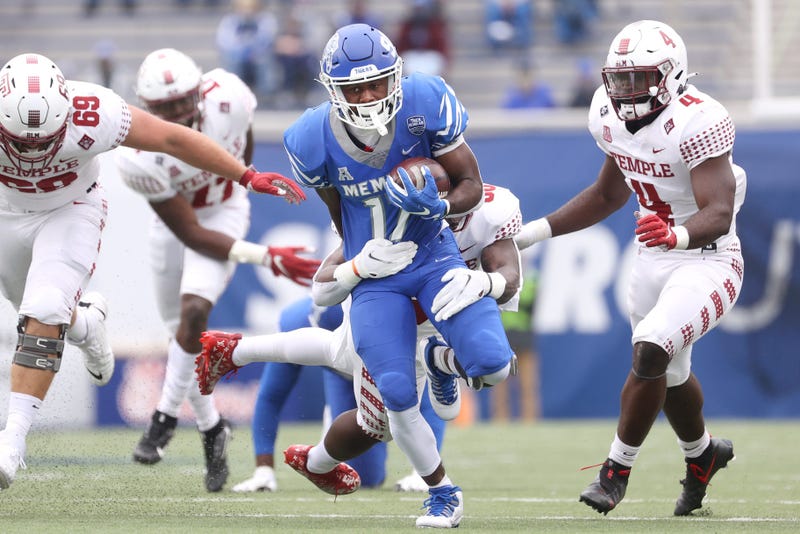 MEMPHIS, Tenn. (AP) — Brady White passed for 313 yards with four touchdowns, including a pair just after halftime as Memphis dominated the third quarter and defeated Temple 41-29 on Saturday.

In one span of seven plays after halftime Memphis (3-1, 2-1 American Athletic Conference) turned an interception into a touchdown, forced and recovered a fumble and scored another touchdown, turning a five-point halftime deficit into a 27-15 lead, which the Tigers never surrendered.

White found Calvin Austin on a 65-yard TD completion and connected with Tahj Washington on a 26-yarder.

The Tigers amassed 222 yards of offense and scored 17 points in the turnaround third quarter, aided by three Temple turnovers.

Anthony Russo completed 41 of 63 passes for 387 yards and four touchdowns for the Owls (1-2, 1-2) but was picked off three times. Russo threw three scoring strikes to Jadan Blue, including an eight-yarder that brought the Owls as close as 34-29 with 10:11 left to play.

Austin racked up 184 yards on six catches for Memphis. Rodrigues Clark rushed for 106 yards on 22 carries.