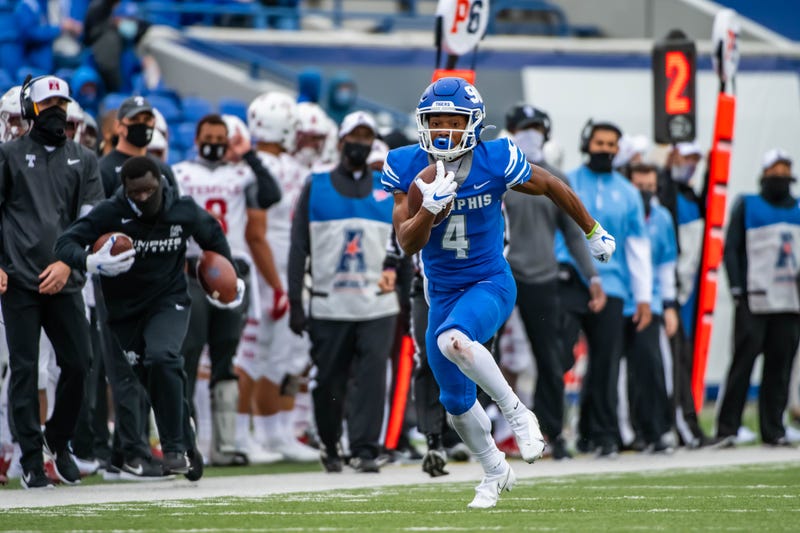 The receiving duo combined for 261 yards and three touchdowns in a 41-29 win over Temple last Saturday as the Tigers improved to 3-1 overall and 2-1 in the American Athletic Conference.

Austin III had a career-high 184 yards and a touchdown. His 65-yard touchdown catch in the third quarter put Memphis in front 20-15 as the Tigers would go on to lead the rest of the way. He also connected with quarterback Brady White on a 25-yard pass to convert a critical fourth down and sustain a fourth-quarter scoring drive that put the Tigers up 34-22.

This is the second straight week Austin III has been named to the AAC Honor Roll. In an Oct. 17 win over UCF, Austin III had 151 yards and two touchdowns.

Washington had five catches for 77 yards and a career-high two touchdowns. It is the second straight week Washington has received honorable mention from the Earl Campbell Tyler Rose Award. He had a breakout performance in a 50-49 win over UCF with seven catches for 131 yards, both career highs.

The Marshall, Texas, native redshirted last season while appearing in four games with three catches for 32 yards. Through four games this season, he has 15 catches for 226 yards and three touchdowns.

The weekly honor roll distinction from the Paul Hornung Award, given annually to the most versatile player in college football, places Washington on the award's watch list. The Hornung Award winner is selected by a 16-member national selection committee and a fan vote. Fans can vote by clicking here.