The wait is over. Legal tampering is upon us (prospective teams can begin approaching free agents as early as Monday) and soon we’ll have answers to all of our most pressing questions, the biggest being will Tom Brady, at long last, leave his Foxboro throne for a late-career change of scenery?

The impact of Brady’s decision could be overstated—the soon-to-be 43-year-old is more tabloid fodder than legitimate difference-maker at this late juncture in his NFL journey. But in our current sports-deprived climate—the threat of coronavirus spreading has forced most leagues into lockdown mode—juicy Brady gossip and other free-agent musings are all we’ve got. With decision time in the NFL almost here, let’s delve into some of this year’s major free-agent talking points. 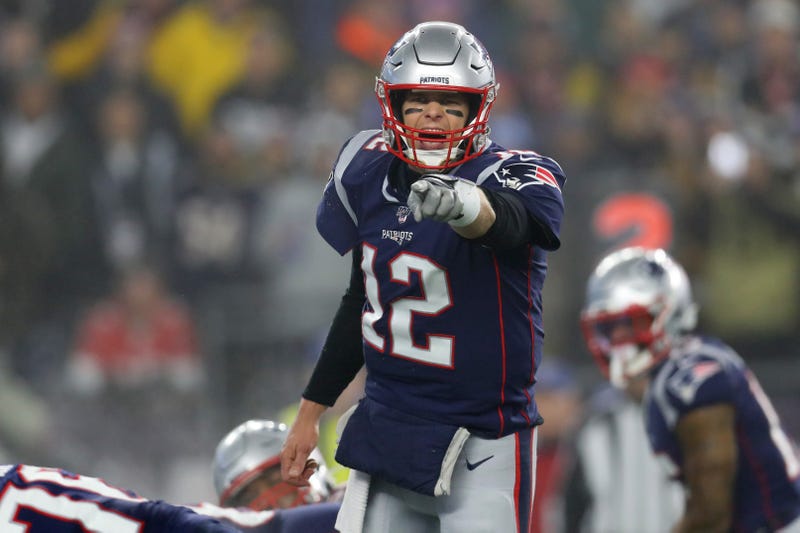 You’re probably sick of hearing about Brady but like it or not, the GOAT’s decision is easily the most compelling arc among this year’s batch of free-agent plotlines. We know the scowling Bill Belichick, master and commander of New England’s decades-long dynasty, has never been the sentimental type and would likely jump at the chance to upgrade from Brady if the opportunity presented itself. It’s come to the point where Touchdown Tom may actually need the Patriots more than they need him.

With the Titans reportedly off the table (that door closed Sunday when Ryan Tannehill cashed in on a four-year, $118-million extension), Brady can either slum it with the Buccaneers or Chargers (neither team likely to compete any time soon) or return to his familiar Foxboro stomping grounds, presumably to finish his career as a Patriot. New England could entice Brady, a vocal critic of his supporting cast in 2019, by upgrading the team’s skill corps. Adding a stud pass-catcher like Amari Cooper to the fold or addressing tight end by floating offers to Hunter Henry and Austin Hooper might just do the trick.

Brady’s choice will surely have a trickle-down effect on the quarterback position, influencing where Philip Rivers, Jameis Winston, Teddy Bridgewater and Marcus Mariota will land. Cam Newton, Andy Dalton, Nick Foles and Joe Flacco will also be names to monitor on the trade market as doors close and others open in the ever-changing quarterback landscape. 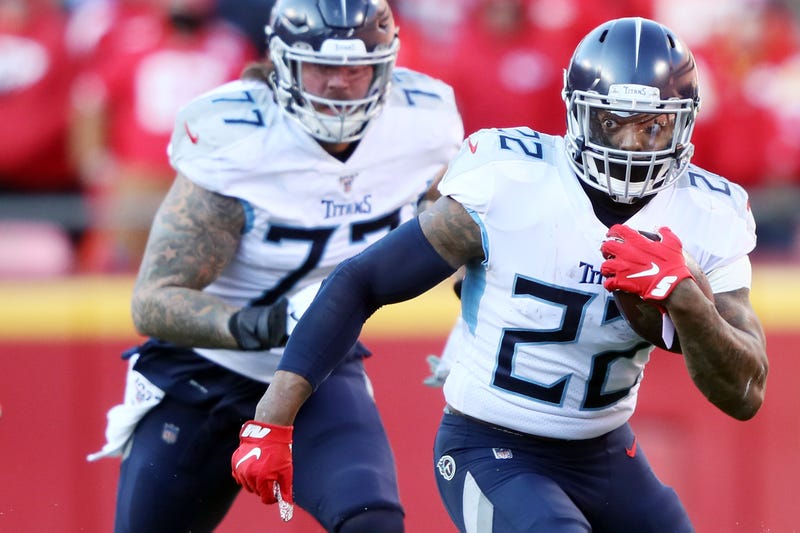 Will Derrick Henry get Zeke money?

Derrick Henry, fresh off the NFL rushing title and a deep postseason run with Tennessee, is undoubtedly the cream of this year’s free-agent crop at running back. Henry is a rare athlete for his size (6’3”/247) and can move mountains when he gets a head of steam—his 58 broken tackles as a ball-carrier were the league’s fourth-most in 2019. But he’s also coming off an exhausting workload (409 combined touches between the playoffs and regular season) and has never been a factor in the passing game.

With Ryan Tannehill already taken care of, next up on the Titans’ offseason agenda will likely be to franchise-tag Henry (projected $12.36 million salary), a temporary solution that will at least allow the two sides more time to hammer out a long-term deal. Henry could make the Titans sweat by holding out, a ploy Ezekiel Elliott used to his advantage last offseason (the Cowboys smoothed things over by handing him a check for $90 million), though Melvin Gordon’s attempt to leverage the Chargers wasn’t as successful (they eventually called his bluff).

As history has taught us, running-back contracts rarely age well (think the Jets regret paying an arm and a leg for Le’Veon Bell?). But even with Bell’s albatross contract serving as a cautionary tale, Henry is still a good bet to net a king’s ransom when the Titans and others come knocking on his doorstep. If his price tag approaches Zeke territory (six years, $90 million), it would make it awfully tough for Tennessee to retain both Henry and fellow free-agent Jack Conklin (who is reportedly on the Jets’ radar), especially after rolling out the red carpet for Tannehill. 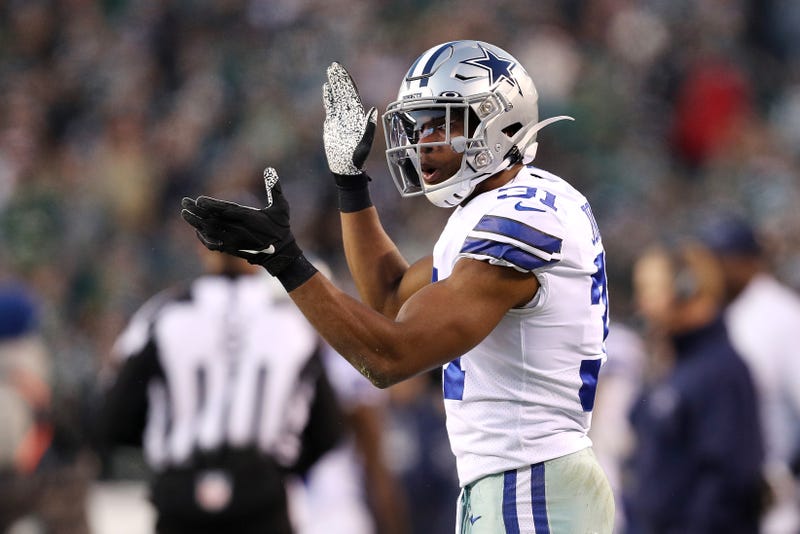 With the Cowboys likely to prioritize re-signing Dak Prescott (more on him in a minute) and Amari Cooper, All-Pro cornerback Byron Jones seems all but certain to skip town. A freak athlete (he tested in the 99th percentile at the 2015 Combine) who can line up anywhere in the secondary, Jones missed just one game during his five-year stint in Dallas. That remarkable durability along with his superior ball-tracking instincts (he earned PFF’s eighth-highest grade out of 128 qualifiers at cornerback last season), should make Jones a top commodity on the open market.

With the salary cap soaring to $198.2 million under the new CBA (which passed Saturday night), the 27-year-old UConn product is a near lock to better Xavien Howard’s $15.05-million annual salary, the current high-water mark among cornerbacks. How high will Jones set the bar when the Cowboys inevitably let him walk? Eighteen million per year could be his ceiling with the corner-needy Jets, Raiders and Eagles reportedly emerging as his top suitors. 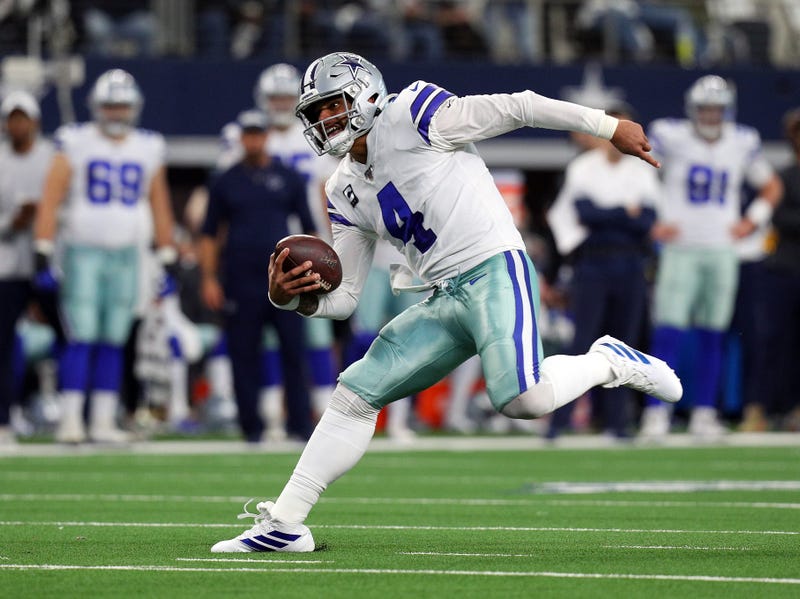 How committed are the Cowboys to Dak Prescott?

It seems Dak Prescott and the Cowboys have mutual interest in working toward a long-term agreement, but at what cost? Prescott’s camp has dug in its heels, taking a hard stance with the Cowboys, who are hoping they can leave enough cash in the vault for prized receiver Amari Cooper once they’re through wining and dining Dak. Regardless of whether or not he’s deserving of top QB money (to his credit, the 26-year-old is coming off career-highs in both yards and touchdown passes), it’s Prescott’s turn to get paid and Jerry Jones knows he’ll have to ante up to keep his star signal-caller in Big D.

With the two sides unlikely to reach a middle ground anytime soon (Dak scoffed at the Cowboys’ reported $33-million-a-year peace offering last summer), assigning Prescott the $26.65 million franchise tag as a placeholder while talks continue seems like the best—and perhaps only—course of action. With everything on the table including the potential for a lengthy and contentious holdout, Cowboys brass better strap in for a long, bitter negotiation. 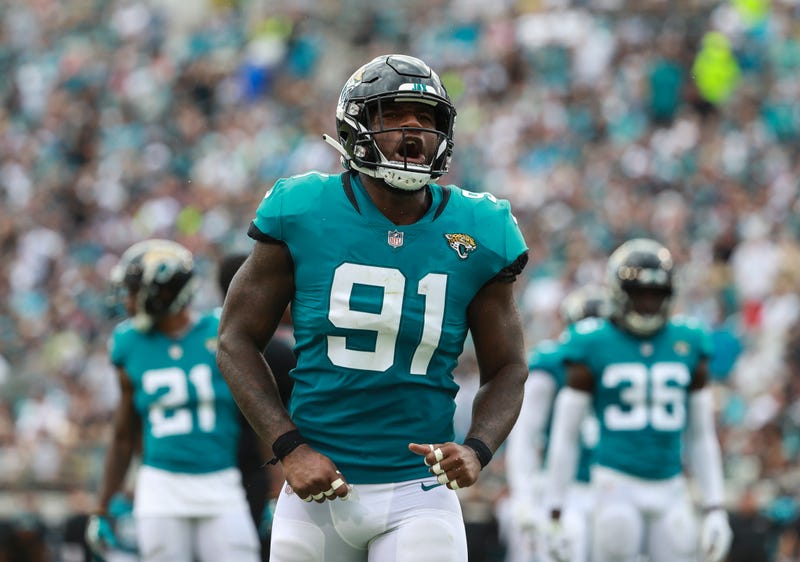 Who will be the next trade domino to fall?

Free agency and trades often go hand in hand and this year figures to be no different. The trade wheels were already spinning Sunday when the Jags unloaded yet another expensive star—five-time Pro Bowler Calais Campbell—in a deal that equated to almost a straight salary dump (all they required from the Ravens was a fifth-round pick in next month’s draft). With the Jaguars and other rebuilding squads looking to flip stars for draft capital, we could see a number of big names on the move including Andy Dalton, whose quarterback post in Cincy will soon be filled by reigning Heisman winner Joe Burrow.

Trent Williams, who spent last year in exile after a very public falling out with the Redskins, could also be headed elsewhere while the tag-and-trade route seems the most likely outcome for disgruntled Jacksonville pass-rusher Yannick Ngakoue. A new coaching regime seems to have quieted tensions—at least for the moment—in Cleveland, but only time will tell if the Browns are intent on keeping high-maintenance receiver Odell Beckham. David Johnson’s and Alshon Jeffery’s trade values are both weighted down by bloated contracts, though the increased salary cap agreed to in the new collective bargaining agreement could make their cap hits easier to swallow. With so many moving parts to sort out, don’t be surprised if a very active trade market steals some of free agency’s thunder. 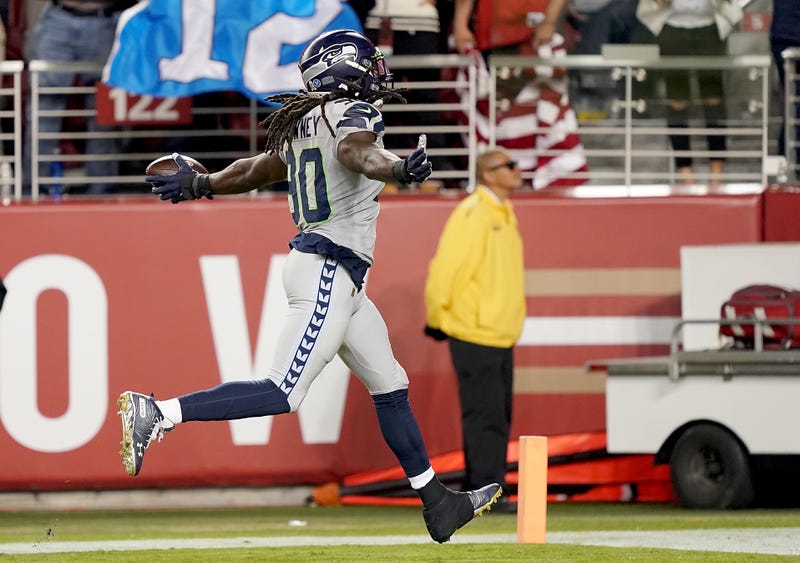 What is the market for Jadeveon Clowney?

Of all the fish in the free-agent sea, Jadeveon Clowney might be the most fascinating. The former Texans and Seahawks star has never lacked for talent, but the 27-year-old’s ambitious asking price (he’s reportedly seeking $22-23 million annually on his next deal) may not be in line with how teams actually perceive him. The former No. 1 pick boasts three Pro Bowl appearances on his NFL resume, but concerns over his durability (21 career missed games) and questionable motor could give teams pause, potentially limiting Clowney’s market.

Clowney should still get a nice chunk of change when free agency opens its doors at 4 PM ET on Wednesday—he’s been linked to the Colts, Giants and Seahawks, among other interested parties—though a deal rivaling the market-setting pacts inked by Aaron Donald and Khalil Mack is probably wishful thinking.