Two of the stories that dominated the 2019 NFL offseason, following closely behind the Antonio Brown drama, were two running backs who went through extended holdouts in hopes of getting a long-term deal completed.

Ezekiel Elliott was successful in his holdout, eventually inking a record-breaking $90 million contract extension in time for Week 1. Besides, he spent his time working out and soaking up some rays in Cabo San Lucas with former NFL star Marshall Faulk -- doesn’t seem so bad!

Melvin Gordon, on the other hand, sat out for all of training camp and the first four games of the regular season to no avail, watching teammate Austin Ekeler go off for 490 total yards and six touchdowns. He didn’t get a deal done and is a looming free agent without any definite suitors for his expensive tastes, even after some solid performances throughout the 2019 season.

Some holdouts work and some don’t. We’ve seen history on both sides of the equation outside of these two running backs, including the productive holdout of RB Chris Johnson, and the at-time disastrous one from Le’Veon Bell (though it did result in long-term security).

Running backs are likely candidates given their injury-prone nature and the common shifting that occurs in the backfield, but other players, whether due to dissatisfaction with the team or a desire for more time/money on the contract, can also perform the tactic.

Here are some players who could holdout at some point during the offseason or throughout the 2020 regular season. 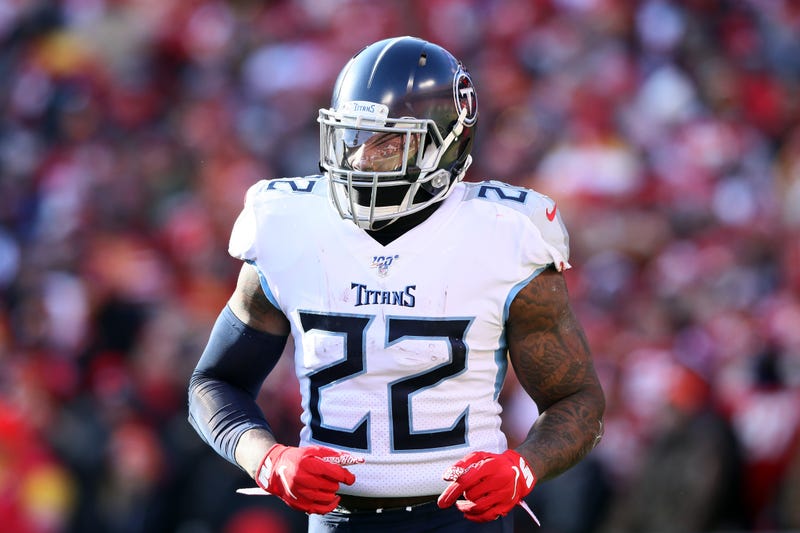 The Titans have a lot of decisions to make and Derrick Henry has definitely expressed interest in returning to the city where he has found massive success. The Titans realize how much they need him, too, especially after some of his dominant late-season stretch that Tennessee can directly attribute their postseason run to. He ran for nearly 150 yards and two touchdowns per game over the last six weeks of the regular season, helping the team to a 5-1 record.

The playoffs further emphasized his importance, as he toted the rock at least 30 times in both of their playoff victories and averaged 188.5 yards between those two games. The problematic part of all this, of course, is that massive workload. 30 carries is not an insignificant amount; Joe Mixon was the only other running back to have one such game in 2019, whereas Henry did it three times.

Because of just how much the Titans will put on Henry’s shoulders, he will want to seek out some sort of long-term security past a possible franchise tag for 2020. One way to achieve this would be a holdout if there were no talks of an extension in store. 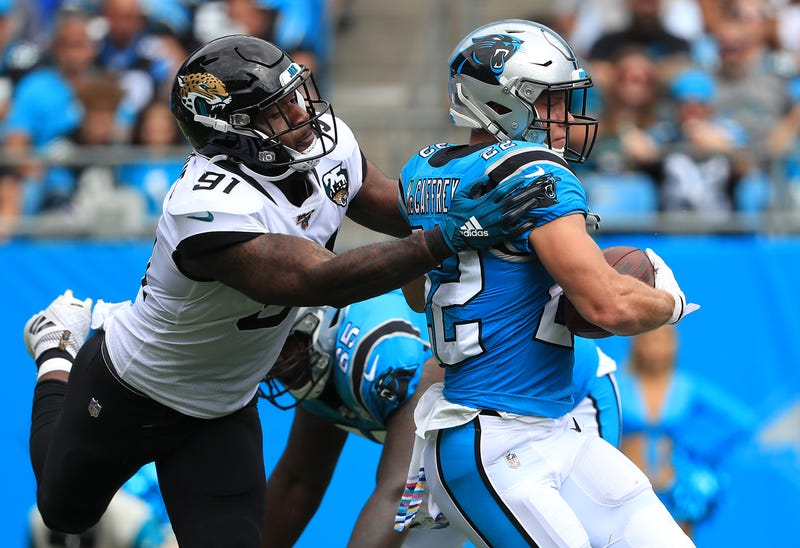 Speaking of the dangers of a franchise tag, the Jaguars are going to move forward and place one on their special defensive talent Yannick Ngakoue. The 24-year-old has consistently showcased his abilities on the defensive line, finishing with at least eight sacks in all four seasons of his career. His 37.5 sacks over the past four years is a top-12 figure in all of football, and he is fourth in that time frame with 14 forced fumbles, despite not recording any in 2017.

It’s obvious why the Jaguars want to hold onto him, especially amid their widespread defensive woes in 2019. But Ngakoue has signaled -- or better yet, blatantly stated -- that he wants out of Jacksonville.

The Jaguars are aware I no longer have interest in signing a long term contract in Jacksonville. Duval, I love you and gave you guys everything I got. I’m thankful for the journey and look forward to continuing my career elsewhere. -91

If a trade doesn’t get worked out once the tag officially takes hold, it doesn’t seem likely that Ngakoue would play in a Jags uniform at all. There wouldn’t be any point, amid wanting to stay healthy and not having any long-term desires of staying in Jacksonville, for Ngakoue to take the field. In this case, a holdout would seem inevitable. 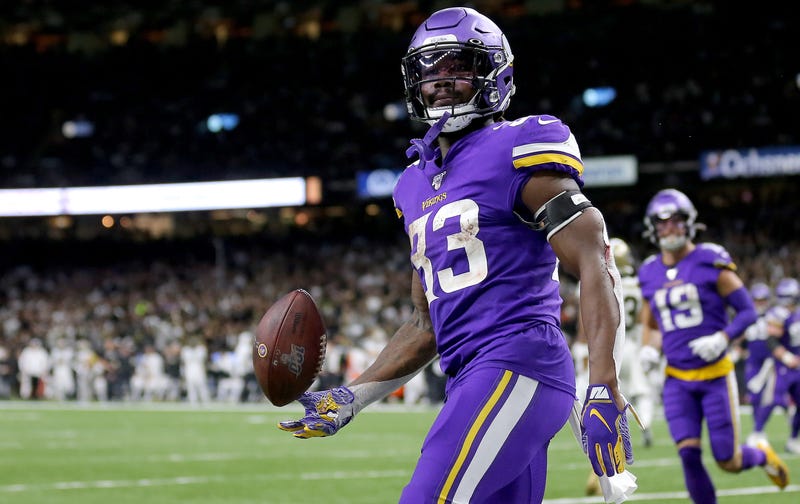 Dalvin Cook looks to the Saints crowd during an away game. Photo credit Getty Imges

The aspects of their careers that would warrant a desire for long-term security differ among each of them. McCaffrey is an absolute workhorse and has a ton of tread on his tires, with a league-leading 403 total touches in 2019. Cook finally recorded a (mostly) full season after a couple years of injuries holding him down. Kamara missed some time with health issues last year and, like McCaffrey, is part of a franchise with major changes that already happened or will in the near future.

If long-term security is at the top of their lists, any one of these studs is a candidate to hold out until their needs are met. 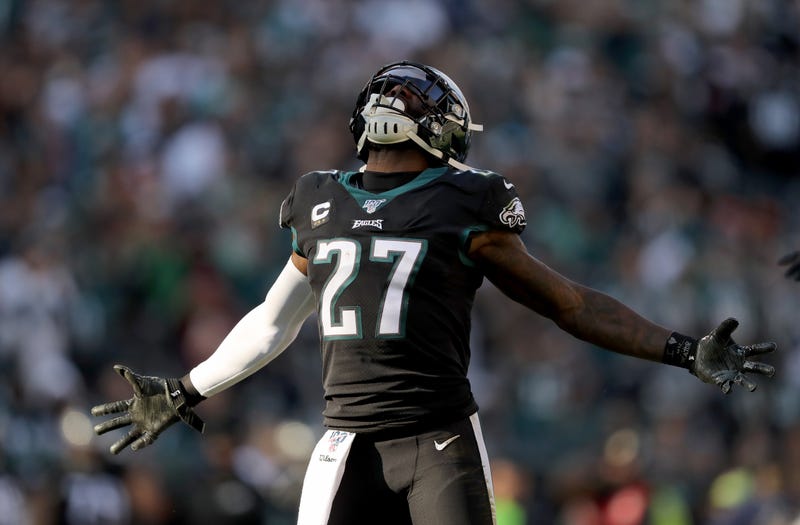 This one is about as obvious as it gets. Speaking to reporters in January, the only consistent secondary defender for the Eagles simply stated that he would not be back with the team under the terms of his current contract. That contract has a club option for the 2020 season in which Jenkins would be paid a base salary of $7.6 million with pending unrestricted free agency looming.

If he doesn’t get a new deal done, he’ll hold out. A similar scare occurred last offseason, when the Pro Bowl safety started to express concerns with his contract by showing up late to offseason team activities. It would be in the team’s best interests to hold onto Jenkins given the troubles they had in the secondary last season, but a big free agent name could take precedent and make it difficult to accomplish both. 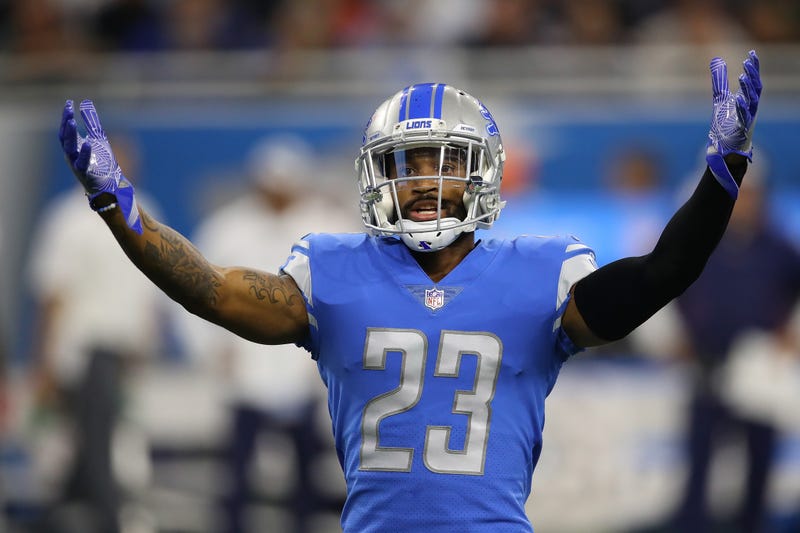 Darius Slay reacts during a game against the Patriots. Photo credit Getty Images

The trade rumors surrounding Slay have been going on for weeks, and yet still no definite talks have been reported. There are a ton of teams who have shown interest, including the aforementioned Philadelphia Eagles, but no signs of progress. And though he wasn’t willing to openly say whether or not he’d stage a holdout, according to the Detroit Free Press, it only makes sense that he would seek out a large contract with a lot of guaranteed money.

Slay knows his value in the trade market right now, as Byron Jones is looking to reset the cornerback field with an extremely lucrative free agent deal. Slay, coming off of three consecutive Pro Bowl nominations, could make a similar amount to Jones in a long-term scenario. They’re only one year apart and would probably receive similar money should Slay receive an extension from Detroit or get traded to a team who would be willing to go envision a future with him.