We’ve seen quite a few contract dominos fall this offseason—Christian McCaffrey and Austin Hooper reset their respective markets while Byron Jones and Darius Slay helped the cornerback position reach new financial heights. But that was just the beginning. With the quarterback trio of Patrick Mahomes, Deshaun Watson and Dak Prescott all angling for well-deserved raises, there will be plenty more contract pyrotechnics in the coming weeks and months. Which NFL stars will be the next to strike it rich? Here are 10 players targeting huge dough as they near the end of their contracts. 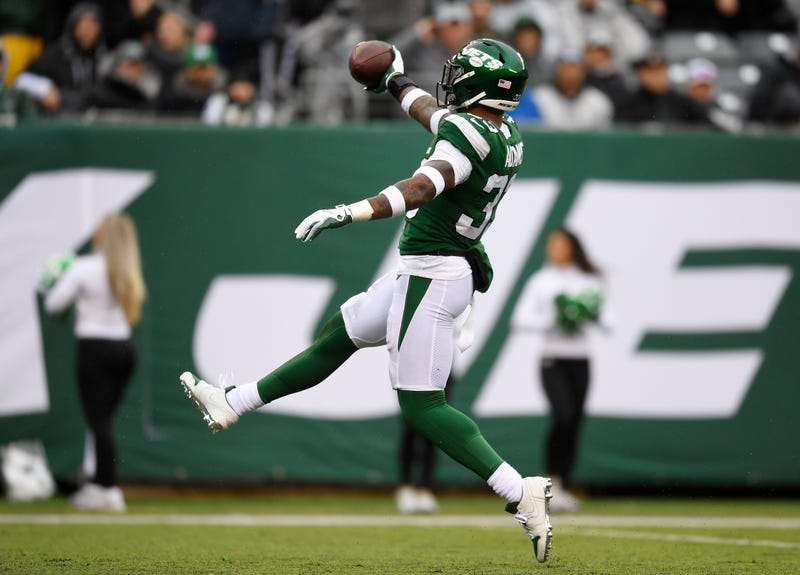 Adams and the Jets have been in a contract stalemate for months with no compromise in sight. The 2017 first-rounder thinks he’s deserving of top safety dollars (Chicago’s Eddie Jackson holds the current high-water mark at $14.6 million annually) and rightfully so after garnering All-Pro recognition (including first-team status in 2019) in each of his past two seasons. The Jets entertained trade offers for Adams leading up to the draft with Dallas emerging as his top suitor, though whatever Jerry Jones offered clearly wasn’t enough to tip the scales. Adams has kept his distance from the Jets this offseason (he’s been a no-show for virtual meetings) and may continue his holdout into the summer if GM Joe Douglas is unwilling to sweeten the pot in extension talks. The 24-year-old LSU alum is unquestionably New York’s best player and an indispensable contributor to an otherwise listless Jets secondary, but with next year’s club option already picked up and the franchise tag at Gang Green’s disposal in 2022, the front office could be gearing up for a lengthy standoff with its prized safety.

Godwin will net a modest $2.1 million in 2020, the final year of his rookie deal. The 24-year-old paced the Bucs in every major receiving category during his breakout 2019 (86-1,333-9) and even left some meat on the bone after sitting out the final two games with a nagging hamstring injury. Given Tom Brady’s affinity for slot receivers (Julian Edelman, Wes Welker, the list goes on), Godwin should be in a good position to pad his counting stats ahead of next year’s free agency, when the Penn State product will surely command a hefty sum. While Godwin may fall short of Julio Jones’ position-leading $22-million annual figure, the fourth-year difference-maker is assuredly headed for life-changing loot, either through the free agency route or via extension from the team that drafted him 84th overall in 2017.

Henry had shown us glimpses before, but nothing in his first three seasons could have prepared the masses for last year’s tour de force when the 247-pound bruiser erupted for a league-leading 1,540 rushing yards and 16 touchdowns on the ground while starring in playoff upsets of the reigning champion Patriots and top-seeded Ravens. Not willing to risk losing their best player to a bidding war in free agency, the Titans played it safe by assigning Henry the franchise tag, allowing them more time to negotiate with the former Heisman winner. Henry’s path to McCaffrey or even Zeke money is paved with obstacles—he’s 26, a largely nonexistent receiver (57 catches in 62 NFL games) and faces significant mileage concerns after logging an exhausting 409 touches (including his three-game playoff stint) this past season. That skepticism could be warranted given the notoriously short shelf life of running backs, but after seeing Henry pillage his way through the 2019 postseason, how can we doubt him? 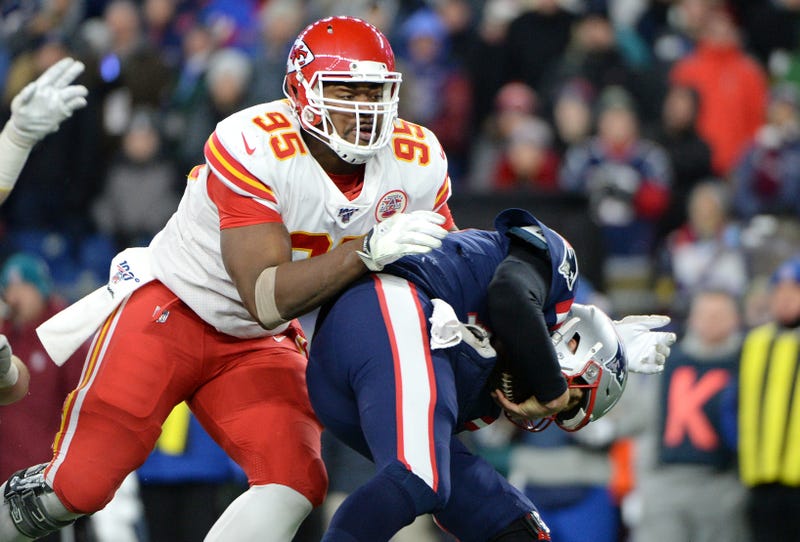 It’s been slow goings on the contract front for Chiefs All-Pro Chris Jones, who has until July 15th to work out an extension with the reigning Super Bowl champs after receiving the franchise tag in lieu of a long-term deal this offseason. Though Jones wasn’t at his healthiest in 2019—a calf injury cost him four games including Kansas City’s playoff opener against Houston—the Mississippi State standout was still plenty effective, throttling opposing QBs to the tune of nine regular-season sacks, bringing his total to a combined 24.5 takedowns over the past two seasons. Patrick Mahomes’ inevitable extension will obviously take precedence, though rewarding the elite 25-year-old should be next up on KC’s to-do list.

Kamara disappointed last season, collecting the fewest touchdowns (six) of his three-year career while failing to reach 100 yards rushing in any of his 14 appearances. The hobbled 24-year-old claimed to be operating at only 75 percent, so improved health should make for a rosier 2020 outlook. When injuries aren’t an obstacle, Kamara is one of the league’s most explosive and unique talents, a relentless end-zone fiend (38 career regular-season touchdowns) just as adept at torturing defenses with his hands (243-2,068-10 lifetime receiving line) as his feet (5.0 career yards per carry). The former Rookie of the Year’s relatively light rushing workload (he’s never amassed 20 carries in a game) arguably makes him a better long-term bet than well-traveled workhorses like Henry and Dalvin Cook, who also find themselves on the cusp of free agency.

Kittle and his camp reportedly want wide receiver money, though the 49ers don’t seem to be in any rush to accommodate their contract-year tight end. The tight-end market has largely stagnated since New Orleans broke the bank on Jimmy Graham’s landmark, four-year, $40-million payout in 2014 (that was three teams ago for Graham, whose once-promising career is now running on fumes) with Cleveland’s Austin Hooper raising the bar ever so slightly this offseason. A rugged blocker and arguably San Francisco’s top pass-catcher (he’s paced the team in receiving yards each of the past two seasons), the former Iowa Hawkeye may be the most complete tight end we’ve seen since Rob Gronkowski was in his athletic prime. The coronavirus pandemic has put a wrench in negotiations, but San Francisco’s current impasse with Kittle and his representatives likely won’t last forever. If the Niners are serious about bringing a Lombardi back to the Bay, they’ll open up their wallets and pay Kittle his quota. 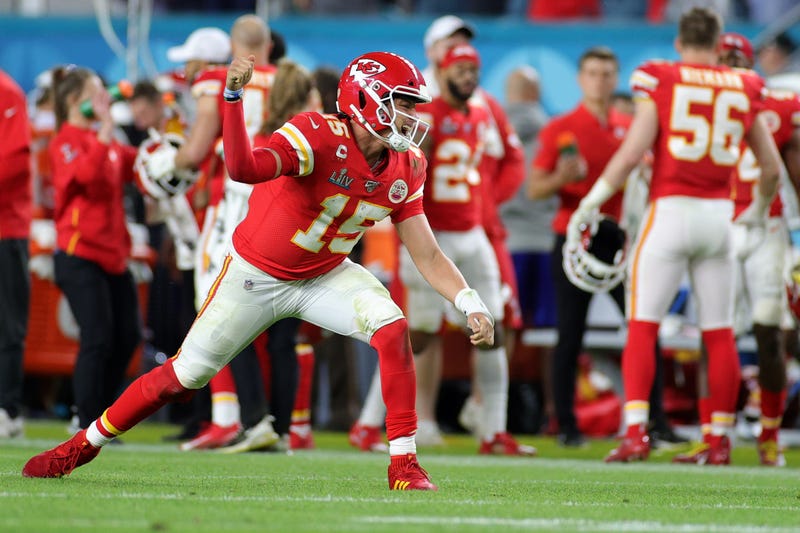 At least statistically, 2019 was something of a down year for Mahomes, who completed a tick under 66 percent of his passes for 4,031 yards and 26 touchdowns. But you don’t nitpick greatness. The reigning Super Bowl MVP has accomplished more in his two seasons as a full-time starter than most players do over their entire career. If Mahomes continues on his current trajectory, he’ll be the greatest quarterback of all-time with room to spare. Nothing in life, and certainly not the NFL, is guaranteed, but of all the sure things in football, Mahomes is about the surest of the sure. Rocket-armed, maddeningly clutch, mobile and as low-maintenance as any superstar in recent memory, Mahomes has everything you could ever want in a franchise quarterback. Forget haggling. After bringing the Chiefs their first title in 50 years, Mahomes should be able to name his price. As John Malkovich once said (in perhaps the least convincing Russian accent in cinematic history), pay that man his money.

Coming off consecutive 1,000-yard rushing seasons, Mixon thinks it’s time for the Bengals to ante up. Cincinnati has a reputation for being one of the league’s stingier franchises, but after an uncharacteristic offseason spending spree, the Bengals' days of penny-pinching may finally be over. After beginning his career in a committee role alongside receiving back Giovani Bernard, Mixon finally made the transition to bell-cow last season, tallying the league’s fifth-most carries behind fellow workhorses Derrick Henry, Ezekiel Elliott, Nick Chubb and Christian McCaffrey. Entrenched as the lead ball-carrier on a much-improved offense (the arrival of reigning Heisman winner Joe Burrow and a healthy A.J. Green could do wonders for the Bengals’ passing game), the 23-year-old could be in for his best season yet. With that in mind, extending Mixon now before his price skyrockets could be in Cincy’s best interest.

Dak has drawn a clear line in the sand in negotiations with Dallas, shrugging off the Cowboys’ contract overtures with increasing fervor. The latest reports indicate Prescott wants an unprecedented $45 million in the final year of his contract, which has predictably been a deal-breaker for Jerry Jones and the Cowboys’ front office. Prescott may be waiting to see how things unfold with Mahomes and Deshaun Watson, who are also due for long-term extensions, though having a capable backup in Andy Dalton (he of three Pro Bowl appearances) hurts Dak’s leverage if he wants to go the holdout route. Dak has largely overachieved since arriving as an unheralded fourth-round pick, unseating long-time starter Tony Romo en route to garnering Rookie of the Year honors in 2016. Arguing that Prescott deserves a salary in the same stratosphere as Mahomes (or even Watson) is laughable, though it is the 26-year-old’s turn to get paid, and lately, that’s counted for something. When Dak eventually takes the field for Dallas this season, he’ll be doing so with the strongest supporting cast of his five-year career. 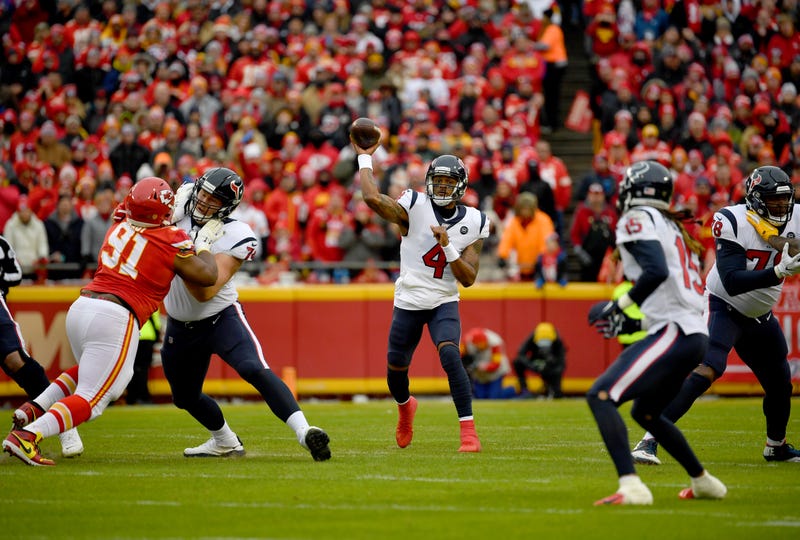 We know Watson was peeved by DeAndre Hopkins’ departure—you’d be too if your GM (who pulls double-duty as the Texans’ head coach) flipped your best receiver for a second-round pick and an overpaid running back who spent last year buried behind Kenyan Drake on the Cardinals’ depth chart. Can the rift be overcome or did the Texans’ betrayal ruin any hope of Watson signing a long-term deal with Houston? Who knows, though handing Watson a record-setting extension for his trouble would surely go a long way toward smoothing over any lingering tension between the two sides. As usual, the Bill O’Brien-led Texans are sending mixed signals. Houston’s investment in Pro Bowl tackle Laremy Tunsil would indicate the Texans want to protect their golden goose at all costs, though stripping Watson of his best receiver (and replacing him with concussion-prone Brandin Cooks) achieves the opposite effect. Whether it’s in Houston or elsewhere (New England has already been floated as a potential landing spot should he leave the nest), there’s a pot of gold waiting with Watson’s name on it.