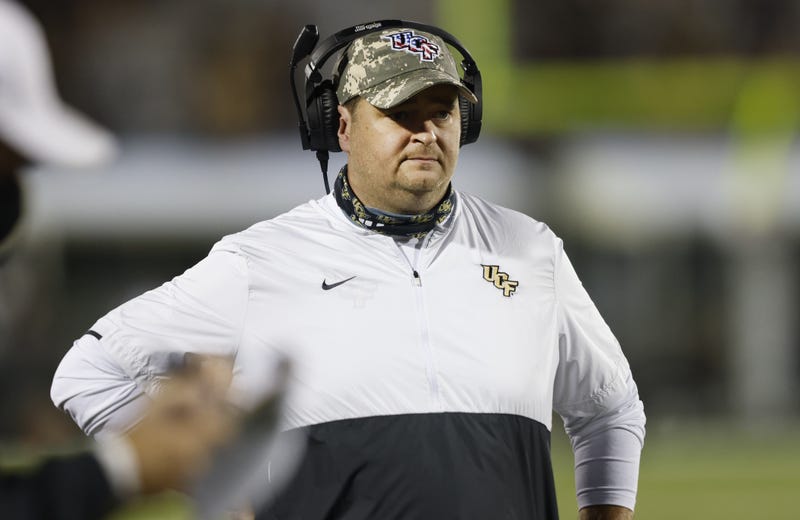 Josh Heupel was hired as Tennessee's football coach on Wednesday, giving the Vols a package deal with athletic director Danny White, who started in his job last week.

White announced that Heupel will become Tennessee's 27th head coach. He's now the Vols' fifth coach, not counting interim or acting coaches, since the end of the 2008 season.

White said the school looked at a number of candidates before coming to Heupel, someone he has worked with the past three years at UCF. White said Heupel wins with integrity, has a history of winning titles and is an architect of explosive offenses.

“He is a players’ coach and the kind of person the student-athletes go the extra mile for," White said in a statement. "I saw that firsthand, and you can see it in his coaching record.”

Heupel will be introduced at a news conference later Wednesday.

"I am thrilled to be coming to Tennessee,” Heupel said. “I understand that Volunteer fans are hungry for a return to the top that they so richly deserve, and it is my goal and commitment to bring a championship back to Rocky Top.”

He was 28-8 in three seasons at UCF, where White hired him to replace Scott Frost after the Knights went 13-0 in 2017. White signed Heupel to a one-year extension in December 2018 that kept him under contract through the 2023 season.

Heupel followed Frost by leading UCF to 12 straight wins before a loss to LSU in the Fiesta Bowl. That made him the third coach in history to lead a team to an undefeated regular season in his debut, joining Chris Petersen at Boise State in 2003 and Larry Coker at Miami in 2001.

The Volunteers have been cycling through athletic directors, too, with White the program’s fourth AD since Dave Hart took over in September 2011. White was hired on Jan. 21 and his first job was to find a new coach. Jeremy Pruitt, two assistants and seven others were fired on Jan. 18.

The firings followed an internal investigation with outside attorneys into recruiting issues that Chancellor Donde Plowman called “stunning." The NCAA opened a case in December and has had investigators involved the past couple weeks.

Kevin Steele, who was hired as an assistant coach on Jan. 12, was named acting head coach. That didn’t stop at least five Vols from entering the transfer portal after Pruitt’s firing, four of them starters. The next signing period opens Feb. 3, and the Vols' current class is rated 15th nationally by 247Sports.

Tennessee has had five winning seasons since last winning the Southeastern Conference’s Eastern Division in 2007. That was also the last time the Vols double-digit wins. Their last SEC title was in 1998 when Tennessee won its last national championship.

Heupel takes over a program that went 3-7 in 2020 and is expected to deal with NCAA sanctions — a challenge that previous coaches Lane Kiffin, Derek Dooley, Butch Jones and Pruitt did not face.

He brings a history of coaching potent offenses.

He started his coaching career at his alma mater Oklahoma in 2003 and 2004 before spending 2005 at Arizona. He returned to Oklahoma in 2006 and coached quarterbacks for five seasons, including Sam Bradford's Heisman Trophy-winning 2008 campaign, and was promoted to offensive coordinator in 2011.

92.9 FM ESPN is Memphis' Home for University of Tennessee and SEC Football and will have live coverage all day long.