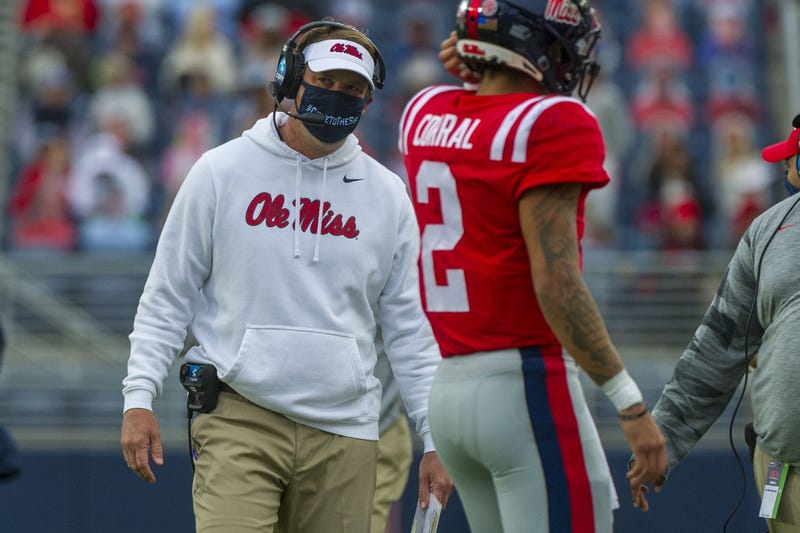 BIRMINGHAM, Ala. (AP) — The Southeastern Conference has fined Mississippi coach Lane Kiffin $25,000 for his complaints about officiating on social media.

The league announced the fine on Monday, but also said the replay official should have stopped play to review the call after Mississippi’s fourth-quarter kickoff appeared to have touched the right hand of Shaun Shivers. The Rebels recovered in the end zone but the on-field call was that Shivers didn’t touch it and play wasn’t halted for a review.

It's unclear which social-media posts drew the fine but Kiffin did retweet one calling the officiating “a disgrace.”

Earlier Monday, Kiffin said he had spoken to SEC coordinator of officials John McDaid about the play. He said he was instructed not to publicly disclose the explanation given by McDaid.

“I asked the side judge, ‘Why aren’t they replaying it? Do I need to challenge?’” Kiffin said before the fine was announced. “He said, ‘They’ve already looked at it. There’s nothing there.’ I’m not allowed to say anything about the conversation but I really wish that our fans and players could hear what I was told.”

Kiffin said he wanted “to take a five-minute power yoga class” to help him control his words to reporters after the call with McDaid.

“I really wish for our players, for our fans, that they could hear what I was just told,” he said. “I think they deserve to. But I asked. They made sure to tell me there’s a policy that I can’t tell you, the players or the fans what their, if you want to call it, explanation for that situation and how TV copy and everybody in the country can see it hit him.”

Public criticism of officials “is absolutely prohibited” under SEC bylaws.

Was just checking to see if @SEC would review my math to get it right this time??? After future review it’s 2.5 million pennies. Thanks for stopping to get it right 👍💰🔥 https://t.co/zvWvWw0GFk