Even though I don't have a Hall of Fame ballot to fill out I like to go through the exercise of putting one together for the purpose of having a conversation piece for Sports Open Line. Since I'm a baseball nerd this is the kind of thing that's fun for me, even when it's tough to get everyone on the ballot that you'd want.

Before I get into my ballot I think it's important to explain a few things up front that will answer some of the questions that could pop up when you read the list: 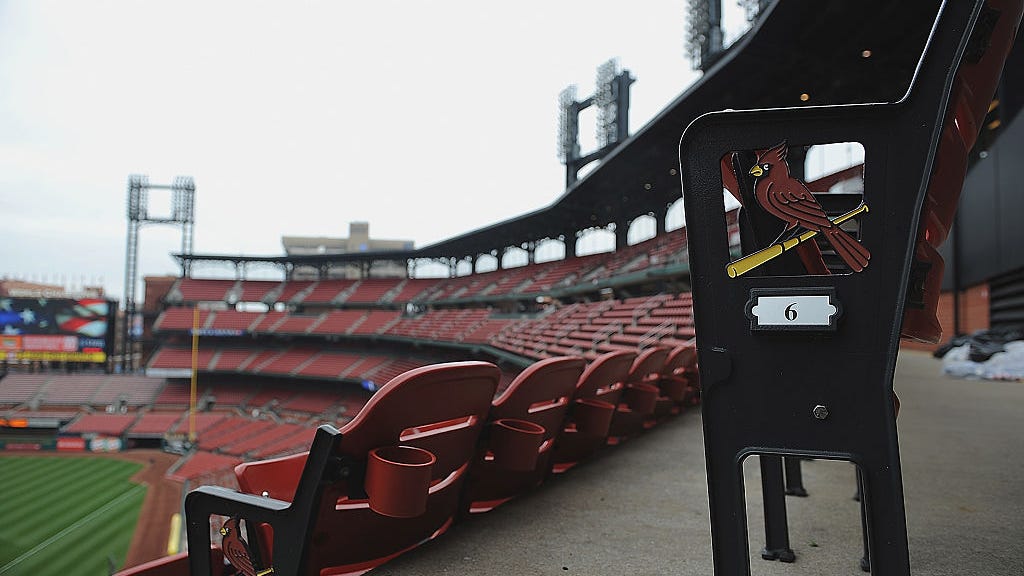 5 New Year's wishes for the Cardinals

Cardinals bullpen should be elite in 2021

- I'm a "Big Hall" kinda guy, I don't think it's a place for only the most legendary of the Legends
- I am actively choosing to ignore the character clause because the precedent was set decades ago, there are lots of "bad guys" already in the Hall so that is the standard.
- I do not automatically ignore PED users because I am 100% convinced that there are already PED users in the Hall of Fame
- I believe that a player's greatness is about more than just how pretty their numbers look on a printed page - defense matters, context matters

With that out of the way, here's what my ballot would look like this year if I had one. Players are listed alphabetically:

From a numbers standpoint there is no argument against Bonds. I understand why voters would leave him off the ballot because of PED's but as I mentioned above, I just can't leave anyone off for PED's when there are likely multiple PED users already in the Hall of Fame...and NONE of them were anywhere near as dominant as Bonds.

Believe it or not, @gregmaddux knew exactly what to do when Barry Bonds stepped inside the batter’s box.

Same argument here as for Bonds. There is no case against Clemens other than PED allegations.

Do you think Roger Clemens should be in the Baseball Hall of Fame?

I don't want to hear about the "Coors Field Effect." Even accounting for park adjustments Helton was an elite hitter, 33% better than the average hitter of his time. It's ridiculous to penalize players for playing at Coors Field if we're not going to penalize left handed hitters who spent their careers hitting HR in the short RF porch at Yankee Stadium, or if we're not going to penalize pitchers who played their home games at pitcher friendly places like Dodger Stadium. Four of the five players he is most similar to according to Baseball-Reference.com (Jeff Bagwell, Edgar Martinez, Vlad Guererro and Orlando Cepeda) are Hall of Famers. Helton was also a high-end defensive player, winning three Gold Gloves.

How can you win 10 consecutive Gold Gloves playing a premium position (CF), hit more than 400 home runs and overall post above-average offensive numbers and not be a Hall of Famer? There are all kinds of elite hitters who were terrible defensive players that are already in the Hall of Fame so why can't we have one of the greatest defensive center fielders of all-time in the Hall if he was just a "good" hitter instead of a "great" hitter? Makes no sense to me. Jones should be in.

#TBT to when there was nothing Andruw Jones couldn’t catch. pic.twitter.com/KlfXoxgOSZ

The argument for Manny is the same for Bonds and Clemens. Pretty simple. Again, I understand why the positive PED tests would make some voters leave him off the ballot but I have to be consistent. If there are already guys in the Hall who took PED's then it's illogical to keep others out for that reason alone.

This is another "defense matters" case. Rolen is widely viewed by baseball insiders, including Hall of Famer Mike Schmidt, as being one of the best defensive 3B of all-time with his 8 Gold Gloves. The numbers back that up, too. Rolen was also a strong middle of the order bat so this should be a pretty simple choice. Only two 3B in history have more Gold Gloves than Rolen (Schmidt and Brooks Robinson) - Nolan Arenado has 8 already and will likely pass Rolen in 2021 - and that combined with the all-around game Rolen played makes him easy for me to include.

Scott Rolen deserves to be in the @baseballhall.

His 11 seasons of at least 4.0 WAR and 8 Gold Glove Awards are third-most among 3B in MLB history.#RolenHOF pic.twitter.com/CEn2EOl5VB

Schilling is arguably the most controversial player on the ballot but I simply won't consider someone's post-career off-the-field issues. Schilling's numbers are almost identical to those of John Smoltz and obviously he's already in the Hall of Fame. They were contemporaries (both reached the Majors for the first time in 1988) and they had basically the same career:

Now, the biggest difference between them is that Smoltz served as a closer for a few years after having arm problems and I have no doubt, considering the similarity of their numbers, that Schilling would have been an effective late-inning reliever too. I've always seen Schilling as a borderline candidate but the Smoltz comp sells me.

Source: Numerous National Baseball HOF voters have reached out to the Hall hoping to amend their ballots, removing their votes for Curt Schilling after he supported the seditious acts in Washington D.C. 2 weeks ago. HOF officials are concerned about the precedent this could set.

Another argument that's the same as Clemens, Bonds, Ramirez. He was .292 career hitter, 509 HR, 1676 RBI, 253 SB and 40% above league average in overall production. According to Baseball-Reference.com the three players he is most similar to are Chipper Jones, Mel Ott and Reggie Jackson. What do you think those three all have in common? H-O-F.

Gary Sheffield is a Hall of Famer. You can say he was a PED guy, but the dude is out here launching homers with a cigar in his mouth in his damn fifties. He didn’t need ‘em for power. He needed them to recover so he could play every day. I respect that. pic.twitter.com/gMNM9EUYF5

Sorry for the repetitive nature of the theme but...same argument here as for Bonds, Clemens, Ramirez and Sheffield. On Baseball-Reference.com there are 10 players listed as the most similar to each player. In Sosa's case, 9 of those 10 players are already in the Hall of Fame and the one who is not is Sheffield.

07/27/1998: NL MVP slammin’ Sammy Sosa knocked in all 6 runs with these 2 homers for his 39th and 40th homers of his magical 1998 season to lead the Cubs to victory!@ChiSportsDay @ChiSportUpdates @bleedcubbieblue @ChiBallHistory @realcubsinsider @CubsZone https://t.co/Vu7R9NG6Km pic.twitter.com/CVkqORYd2h

Relief pitchers matter. Their importance to a team's success has been well known for at least the last 25-30 years and nobody in his time was more dominant than Wagner with the exception of Mariano Rivera. He is not Rivera - no reliever ever has been - but he was a dominant finisher. 11.9 K/9 is pretty impressive as was his ERA (2.31) and let's not forget that, as imperfect as the saves category is,  he ranks 6th all-time in the category previous closers have been measured with. To me, Wagner's dominance means more than the save total.