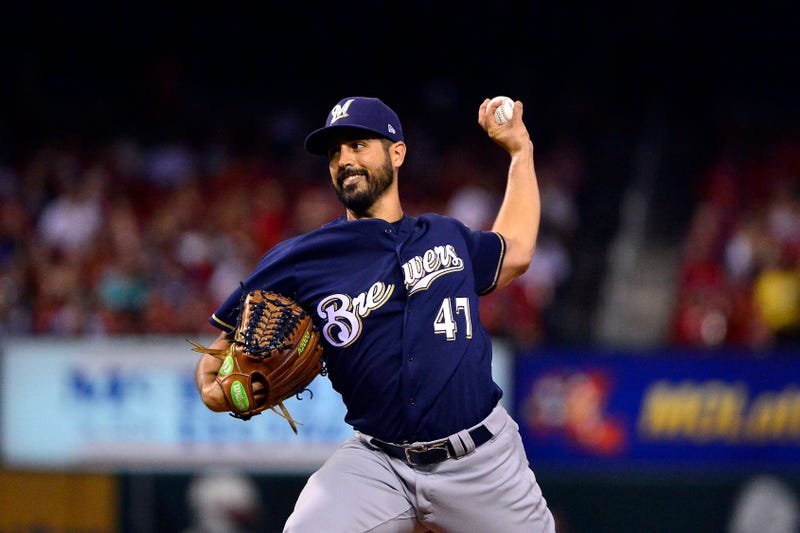 Following on from last year’s trend, many of baseball’s top available free agents are left unsigned as teams across the league begin packing the busses and prepare to head to their respective warm weather spring training camps.

It’s amazing to think that players like Manny Machado and Bryce Harper — players that can potentially swing a franchise from good to great, from irrelevance to playoff contention — remain unsigned. For fans, it’s a double-edged sword. On the one hand, the possibility of signing one of these players is mouth-watering, but the perceived lack of gumption they see from their front office representatives leaves them infuriated.

The Braves are one of those teams truly in limbo — stuck in a should we/shouldn’t we conundrum. As I discussed earlier this week, the argument for debate is open as to whether the Braves have a legitimate shot at winning yet another NL East title. But if that is indeed the expectation — and not just a hopeful goalpost — the Braves need to shore up the squad with major league quality.

Realistically, none of these players are likely to sign with the Braves, if for no other reason that if Atlanta is to add top quality talent, it’s in a much better position to trade assets for said talent than to carve a large chunk out of the payroll to make a big time acquisition. That said, if they do intend to spend, there are certainly a good amount of players available to them. Let’s take a closer look at a few.

Live in the now!

The former Atlanta Brave and future Hall of Famer is the perfect signing in many ways. He fits a need in the Braves bullpen as a lights out closer. His inclusion, in addition to Darren O’Day’s acquisition at the trade deadline last year would start to make the bullpen look above average-to-good with plenty of options. Best of all, Kimbrel would really block any of Atlanta’s talented pitching prospects from a chance to snag a spot in the starting rotation.

A former Cy Young-winning lefty to join a Braves staff that doesn’t have a bona-fide ace? Yes please. Granted, Keuchel may not be the same pitcher he was back in 2015, but he bounced back last season with his best season since, despite finishing with only a 12-11 record. The problem is: you really want Keuchel for a season or two. Are you willing to pay him Freddie Freeman-money for his age 31-37 years? That’s risky, and it’d be pretty shocking to see the Braves take this gamble.

Gonzalez is another left-handed starting pitcher, of which the Braves only have one major league-ready southpaw in Sean Newcomb. Gonzalez is obviously not of the same pedigree as a player like Keuchel, but Gonzalez will demand a smaller salary or, maybe more importantly to the Braves, fewer years on his deal. With Alex Anthopoulos showing a preference to sign free agents to short-term deals, this one seems more realistic.