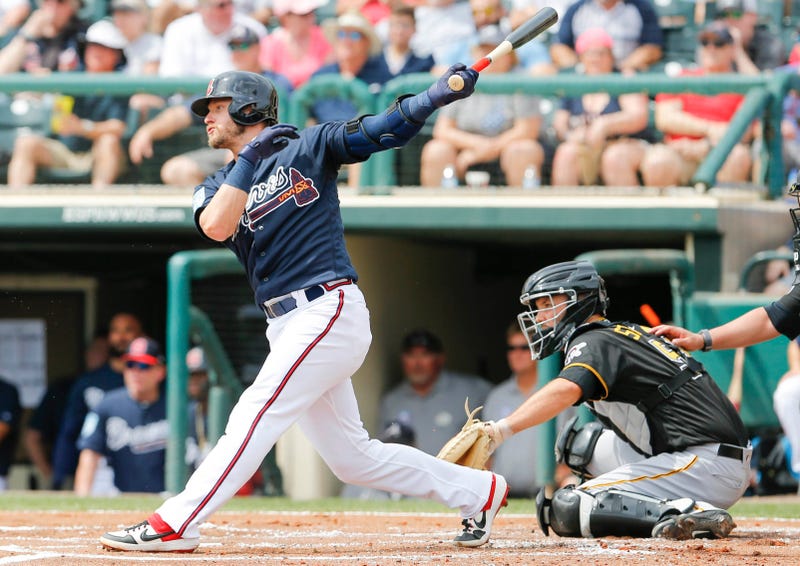 Atlanta Braves GM Alex Anthopoulos joined Dukes & Bell to talk about the Braves young pitching, Josh Donaldson’s progress in Spring training, and what he expects from Dansby Swanson this season.

Anthopoulos talked about the spring that Kyle Wright is having so far.

“He’s been unbelievable. I know everyone wants us to add a big time starter, but these guys all have fantastic stuff,” Anthopoulos said. “They all have the ability to be all-stars in the current year and I think he looks as good as any young starter in spring training right now.”

The Braves GM discussed why they haven’t signed a free agent starting pitcher yet.

“Right now we’re looking at Newcomb, Gausman, Julio, and Folty being in there and then we have Wilson, Touki, Wright, and Max Fried all ready to go, Anthopoulos said. “We could be eight deep, when looking at free agents we have to say are they better than one of those guys, that’s the criteria we look at when looking at trades or free agent signings.”

Alex told the guys that he wasn’t surprised when Bryce Harper signed with the Phillies.

“Not surprised with so much talk leading up to free agency. There was so much speculation everyone thought the Phillies would end up with one of those two,” Anthopoulos said. “From a competitive standpoint, all those teams got better and will make our job tougher. The other side is this division is that much better. It reminds me of my AL East days, and there are four teams that can win this division. I’m pretty excited about it because I think we all have a chance to win.”

When asked how Josh Donaldson is coming along in spring training.

“He’s on pace. I was just talking to him after the game, he feels great,” Anthopoulos said. “Everything looks great at the plate. He’s in line defensively. We just brought him along slowly because I think last spring he did everything too quickly so we decided to change his routine.  When he did come back in September, he was the Josh Donaldson of old. From our standpoint, we think he's an MVP caliber player.”

Anthopoulos told the guys that last year was just the floor for Dansby Swanson.

“What he did from 17 to 18 seasons, he upped his homeruns from 6 to 14, and he hurt his wrist in April,” Anthopoulos said. "I think he has one more gear that he can get to from an offensive standpoint. I think what Dansby did last season was his floor and we can see much more from him in the future.”