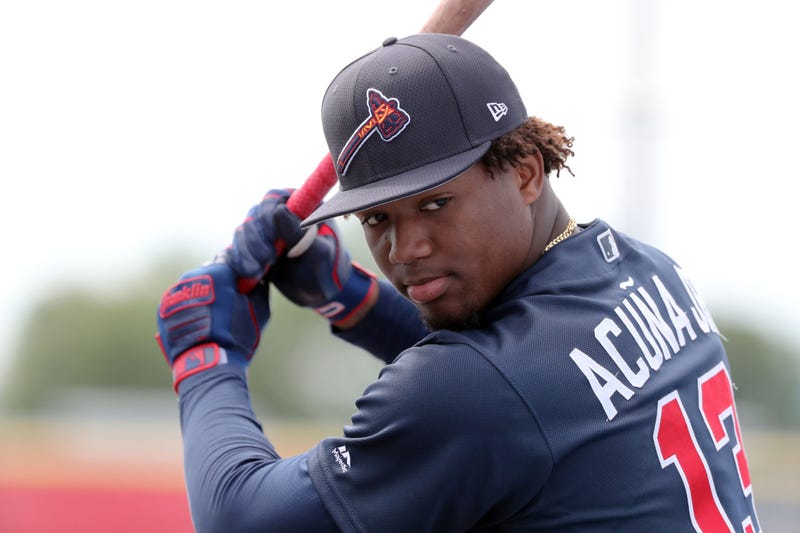 Braves Hall of Famer and Fox Sports Analyst John Smoltz joined Dukes & Bell to talk about the Braves young pitching staff, just how important is a bullpen to a team, plus where should Ronald Acuna hit in the lineup.

Smoltz talked about teams having patience with young pitchers.

“The interesting thing is how the development happens, and what’s the time frame and patience level on the development. Last year was just so ahead of schedule, so who is going to be the people that you look for the next four to five years, the organizations who go ahead and find out who the horses are for them and stop shuffling the deck will be the one’s to win.”

John talked about what helped him develop as a young pitcher.

“People forget how bad we were and they let us pitch.” Smoltz said “This is talent level of arms we’ve never seen, but it’s one thing to say arms, it’s another to be pitchers, and organizations don’t care about pitchers as much anymore. I would never had been the pitcher I was if it wasn’t for the lessons I learned and the opportunities I got.”

When asked about what is hampering Sean Newcomb since late last season into spring training.

“It’s not trusting your mechanics and not being in tune with your mechanics. When you don’t trust yourself you will skate around the strike zone, in baseball it will show up in walks, lack of control. Once he gets comfortable and learns his mechanics it will go away, it all starts with mechanics.”

John talked about how important a bullpen is to a team.

“Everything about a team is how the game ends.” Smoltz said “If the game ends 95% of the team with your team winning your team is confident and cocky, but when your team is losing you start seeing the cracks in the armor. I did see teams address their needs more in the offseason, they may not have address their biggest needs one of those was the bullpen. When you’re talking about the separation of four teams it could literally come down to whose bullpen protects their leads, if they can answer those questions in the bullpen they will be ok.”

Smoltz told the guys where he would fear Acuna the most as a pitcher.

“I always felt that in baseball as a pitcher the feared guy in the lineup should be in three or four.” Smoltz said “If you give me a three or four hitter that strikes out a lot I don’t fear him, I don’t want to give up the big one, a guy clogging up the middle that makes my job that much harder, I want a threat; a guy who can leave the yard with the three run homer.”