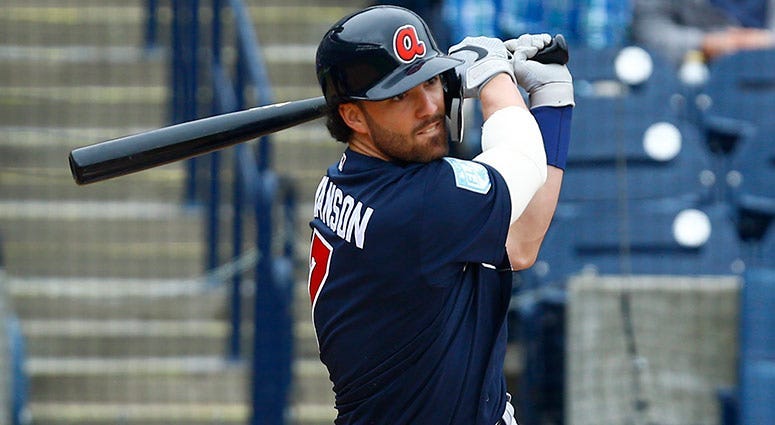 What do Dansby Swanson, Luiz Gohara, Mike Soroka, Mike Foltynewicz and  Kevin Gausman all have in common. In the last week or so, they’ve all been shelved for various health reasons. Which of these injuries impact the Braves Opening Day roster? Let’s sort them out.

Swanson returned to the Braves lineup for his 2019 Grapefruit League debut Tuesday, marking his first appearance in live action since he left a game against the New York Mets last September. Braves manager Brian Snitker gave Swanson some time off to give his recently surgically-repaired wrist plenty of rest. In his debut, the shortstop didn’t look any worse for wear, registering a hit in two plate appearances in his team’s 6-1 loss to the Yankees.

I wrote about Soroka being shut down earlier this spring, and he reportedly resumed tossing last week. The injury effectively ended his chances to make the Braves Opening Day roster. With the amount of arms the Braves have available, there’s zero reason to rush Soroka.

Gohara, who came into camp in the best shape of his life after shedding 30+ pounds in the offseason, is also dealing with a sore shoulder. Unfortunately, it’s the same shoulder that caused him to finish last season on the Injury List (the new term for the Disabled List). It’s safe to now put Gohara in the same bucket as Soroka. He’ll start in Gwinett — but as of yet, he’s still shut down.

Kevin Gausman
Gausman rounds out the sore shoulder brigade alongside Gohara and Soroka. Better news here though — MLB.com’s Mark Bowman is reporting that Gausman is set to throw his first pitches of preseason on Friday when he is scheduled to start.
Mike Foltynewicz
This is the big one, primarily down to Foltynewicz’s importance as the defacto Opening Day starter — or at least that’s how Snitker would’ve planned it. Instead Foltynewicz is dealing with soreness in his right elbow. On the bright side, Snitker told The Athletic’s Dave O’Brien that the injury doesn’t appear to be structural, and is likely just a flare-up of a bone spur issue that has been a chronic inconvenience. However, it does put his opportunity to start for the Braves on Opening Day in doubt.