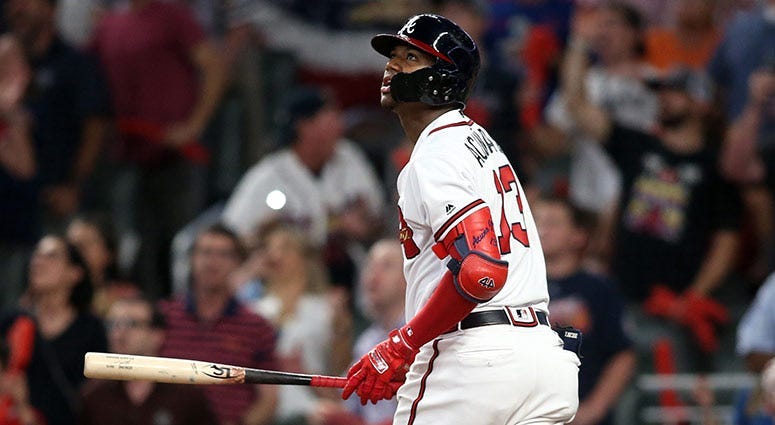 FOX Sports South Braves analyst Paul Byrd joined Dukes & Bell to preview the 2019 season for the guys, to talk about how special can Ronald Acuña be, what Josh Donaldson brings to the team, and what is the one thing Dansby Swanson needs to improve on?

Byrd told the guys the young pitchers are going to have to grow up fast.

“This is like going from the Cub scouts to Iraq, you have to grow up quickly,” Byrd said. “I will predict you’re going to get out of the gate and 2 of the first 3 starters you didn’t even know if they were going to make the team. Kyle Wright has unbelievable ceiling, Bryse Wilson was a linebacker three years ago in high school. This is the best opening series in baseball, I’m in Philly and the town is going nuts right now.”

Byrd talked about how good the young guys on the pitching staff can be.

“I’ve never seen a team with guys that have this type of ceiling,” Byrd said. “You will have some John Smoltz’s out of this, and you’ll have some guys who have very long major league careers.”

When asked about Ronald Acuña and where the team should bat him.

“Statistically your best hitter is supposed to hit second according to sabermetrics,” Byrd said. “I’m a little old school, No matter where Ronald Acuña bats he’s going to be the most exciting player in the national league. I want him up in the top part of the lineup, that’s how special this guy is, I’m talking Roberto Clemente special.”

Byrd told they guys what Josh Donaldson brings to the Braves.

“If he’s healthy he’s one of the best hitters in the league,” Byrd said. “He wants to win, Anthopoulos knows that and is very big at bringing in guys who make the clubhouse better, Donaldson is extremely intense and you need younger guys seeing that.”

Byrd told the guys the one thing that Dansby Swanson needs to improve on.

“I think so, the whole key to Dansby is recognizing the slider,” Byrd said “He’s very smart, he works hard and cares, I don’t think it was far to him that when he came up he was on every sign and billboard. Most players it takes a couple of years to adapt to the game, the sliders in the big leagues are much tougher to hit, and once they figure that out about you it’s all you see. Something I appreciate about Dansby is he plays great defense, the angles he takes to the ball, he’s faster than he gets credit for, he’s a good baseball player and if he adjusts to that."