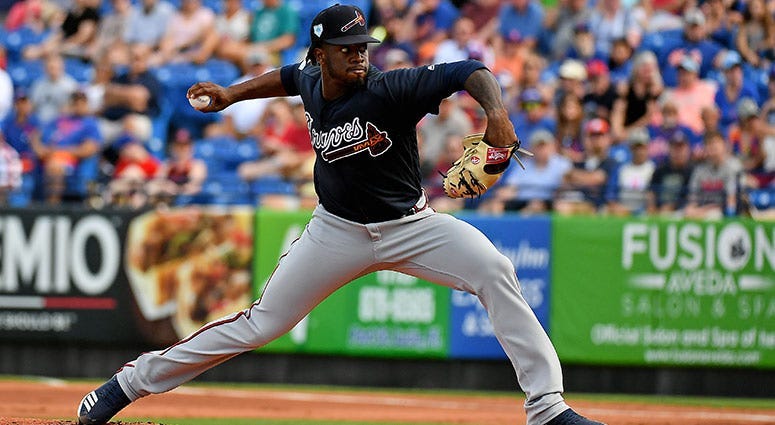 Spring training is officially underway for the reigning NL East champion Atlanta Braves as manager Brian Snitker will use the next month to evaluate some of his young talented prospects and tinker with some positional and lineup varieties to prepare for the season ahead.

Through two games (Game 3 is knotted at 3 runs apiece as this article is being published), the Braves are 0-2. Not that anyone cares.

For those inexperienced with tracking the progress of the team through March, it can seem difficult to decipher how players are being viewed by the coaching staff and how we should interpret the results of the games and individual performances. In spring, managers and coaches are focused on The Process™, not the results of at-bats and batters faced.

Take the spring training opener against the New York Mets on Saturday for example. Snitker handed Touki Toussaint the start, and the young right hander allowed two runs in two innings of work that included a home run allowed. And yet, it was a good start for Toussaint, who attacked the strike zone and generally showed good command and movement — striking out two without conceding a walk. Considering the Braves pitching staff’s issue with walks last season, Snitker will surely be asking his pitchers to attack the strike zone, something that Toussaint and the rest of the staff accomplished Saturday.

Something else to take into account: For trips like the Braves took this weekend where squad gets on a bus for hours-long treks to the opposing team’s home base in Anywhere, Fla., don’t expect some of the veteran major league players. Guys like Freddie Freeman, Josh Donaldson, Brian McCann, etc. will remain at the ESPN Wide World of Sports Complex for most, of not all of these road trips. For these players, its more beneficial for them to work out at the team's training facility and get their reps in during home games.

Ronald Acuna got his first start of spring training Sunday against the Astros in his customary leadoff spot. Monday against the Nationals, Acuna batted fourth, so Snitker is clearly tinkering with some things as he will look to optimize his batting order. Acuna has stated publicly that he prefers to bat lead-off, but it’s possible that batting behind Freddie Freeman may allow him to be a more productive player with more high leverage opportunities over the course of the season.

The potential move of Acuna to the cleanup spot is predicated on Snitker finding a lead-off batter he’s comfortable with. Monday, it was center fielder Ender Inciarte leading off, and surely we will see at least a couple others get some reps in at the top of the order. Regardless, Acuna is expected to bat lead-off come Opening Day, but a manager can never have enough contingencies in place.

And that’s what spring comes down to. For veterans with major league contracts, they’ve been through this  ~a million times and know what they need to do to prepare themselves for first pitch on March 28 when the season starts in Philadelphia. But for everyone else, it’s a chance to earn a place on Brian Snitker’s contingency list.