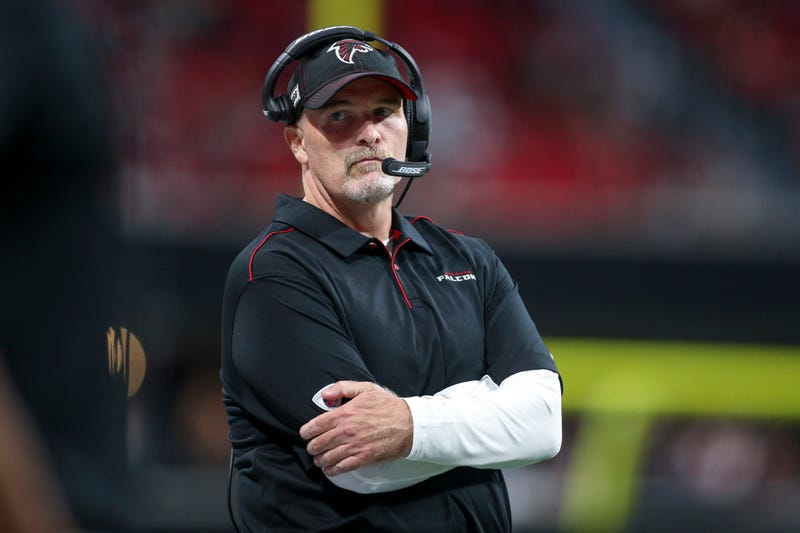 So obviously today there’s a lot of buzz about Dan Quinn and why he should no longer be the head coach of the Atlanta Falcons. Now, I’ll start by saying that people are upset for a reason.

You cannot start 1-3 with the kind of talent that we have on this roster and not start asking questions about whether or not Quinn should be the coach of this team for much longer.

The problem with this, and the problem that I’m seeing in the media and from you the fans, is that many are calling for Quinn to be fired now, as in you all wanted him fired this morning.

He was supposed to wave his magic defensive coaching wand and suddenly start calling plays that made this a top-10 defense in the NFL.

We all bought into that and sure enough, four games in, this defense can’t stop anyone. I mean geez, three touchdown passes from Marcus Mariota? Two of which were to rookie A.J. Brown who had never caught a TD pass until Week 4?  Now, I’m not saying that Quinn won’t be fired. We are trending toward a lot of people losing their jobs this upcoming offseason if things continue. I’m talking about Quinn and GM Thomas Dimitroff as well. But to call for DQ’s head because the Falcons are just 1-3 is ridiculous.
Here are the three main reasons why Quinn will not be fired anytime soon.

The Falcons have a lot of problems. Quinn might be one of them but he’s not the only reason this team is 1-3.

music
Watch The Killers come out of their cage on 'Monday Night Football'
news
Vanessa Bryant sues LA Sheriff's Dept. over photos allegedly taken by deputies at crash scene
news
Breeder's $5,000 English bulldog puppies stolen during showing at McDonald's
music
Da Brat reveals her grandmothers loved Allen Iverson, but there was one problem
sports
Gradkowski: Brady has more left in the tank than Brees
music
BTS are returning to the United Nations: Here's why