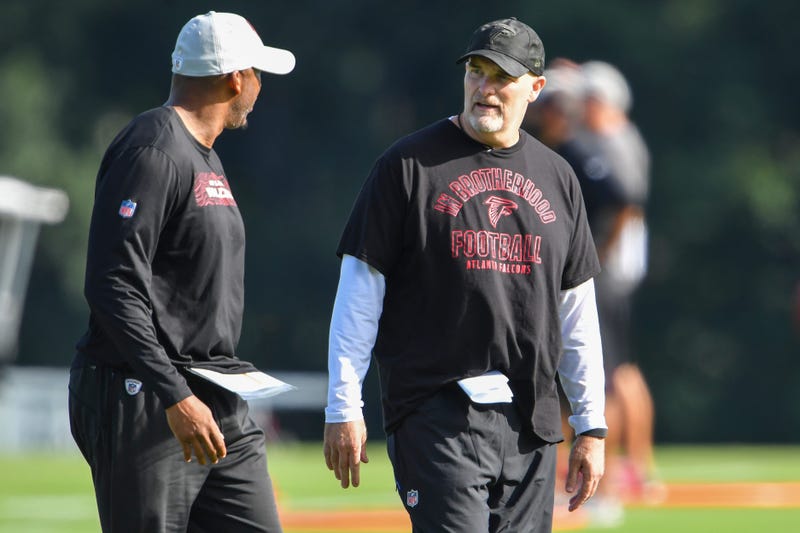 Thomas thinks the defense looks like a top-10 D, however, Jarvis says not so fast.

This defense is top five, Jarvis told Thomas. Dan Quinn has a lot to do with that.

"Being top five has to be the standard this year," said Davis. If the pass rush is improved this year, then it's game on.  If not, Falcons fans are in for a very long season.

Should we expect a dink and dunk from Dirk Koetter?

"This offense should feature the tight end," Jarvis said. Austin Hooper should be equipped to have a Pro Bowl season, and Koetter loves to feature the TE with lots of movement and pre-snap motion.

When you have a receiver corps like the Falcons, you have to move them around to make the defense think.  Koetter will take advantage of that.

Matt Ryan was ranked 69 overall on the NFL Top 100.  Jarvis believes it doesn't matter if Ryan is at 69.  However, he's not the stereotypical locker room guy in front of the cameras.  People don't necessarily appreciate him.  You will miss him once he's gone and then he will get all the accolades.