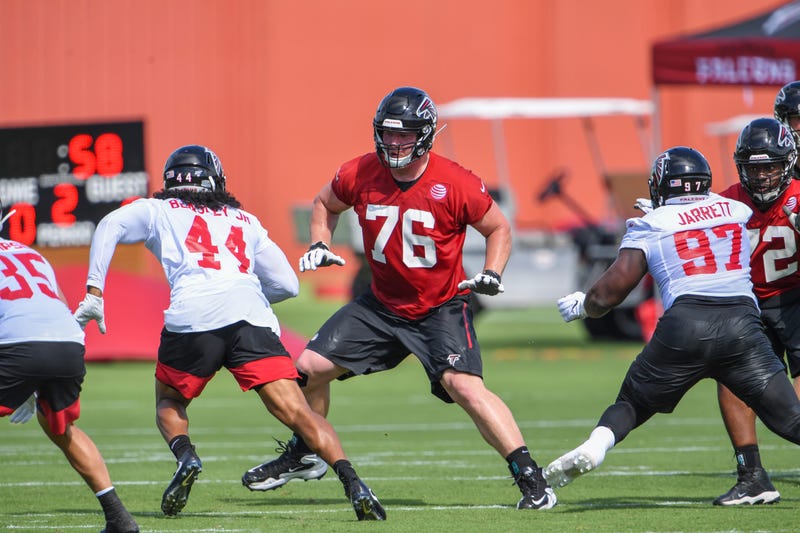 Jarvis was also asked about Deadrin Senat and Takk McKinley. Both guys have shown flashes of great play, but nothing sustainable that we would feel at ease with these young guys on the defensive line. Jarvis made us a little more at ease with what he said he saw from these two young men.

Jarvis said that Takk came out with a lot of energy, working his hands and trying to get to the quarterback. Deadrin Senat, as well, was using his hands more than usual.

Going into this season one of the biggest concerns was the defensive line. Will they get enough pressure on the QB. From all that Jarvis has said, it looks like the D-Line may have figured some things out thanks to Dan Quinn.