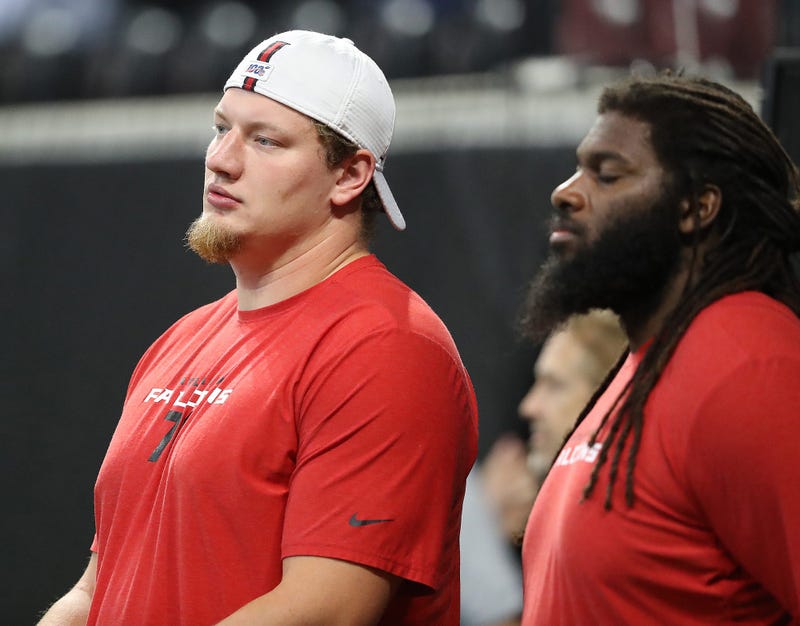 September 16, 2019 09/16/2019 6:06 pm
Atlanta Falcons right tackle Kaleb McGary had a bit of an injury scare in Sunday night's game against the Philadelphia Eagles.

The Falcons rookie left the game with 8:14 left in the 2nd-quarter with a knee injury, and was replaced by Ty Sambrailo.

However, to many's surprise, McGary returned in the 4th quarter to finish out the game.

What message did he send to the rest of his teammates?

"He said it in the postgame, 'I didn't want to let my teammates down. I didn't want to be that guy...' and when you have a guy like that with that mindset--and I already thought Kaleb McGary was big, nasty, physical, ornery--but even more now, that's why you go up and draft him in the first round."

t’s unclear whether McGary could miss time due to the injury going forward. Atlanta is already without rookie offensive lineman Chris Lindstrom, who had to have foot surgery.