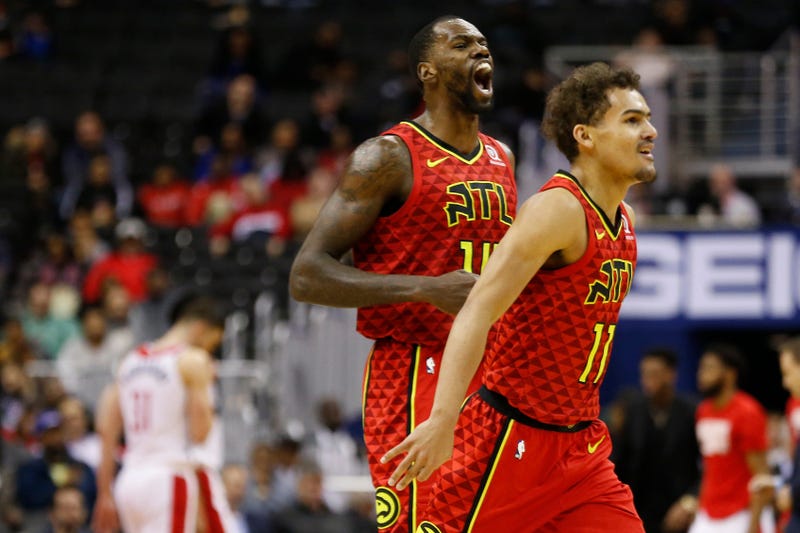 The Atlanta Hawks are finally back in Atlanta after a seven-game road trip that ended with an impressive 137-129 win over the Washington Wizards on Monday night. The young Hawks team finished 4-3 on the road and will be back at State Farm Arena on Thursday for a date with the Toronto Raptors.

The Hawks also improved to 18-35 in the standings and, as it stands today, would hold the 5th-overall pick in the NBA Draft. It's been no secret the team is in full rebuild mode; just ask General Manager Travis Schlenk.

Schlenk joined John and Hugh on Tuesday and said he isn't concerned about sliding further down in the draft if the team continues to win.

#Hawks GM Travis Schlenk just told @JohnFricke & @Bighugh53 he doesn’t get angry when the team wins. He’s confident he can build this franchise through the draft no matter where the team picks.

"I wholeheartedly believe you can find talent anywhere in the draft," Schlenk reiterated. He goes on to say that it's important for the future of the team that they experience success.

"It gives them positive reinforcement for all the hard work they're putting in is paying off."

Now, does Schlenk get mad when his Hawks team loses?

"The answer to that is an easy 'no, I don't.' I go into every game hoping that we win, but I also have the understanding that there's going to be sometimes that we're not going to win...This process will get us to where we want to go."