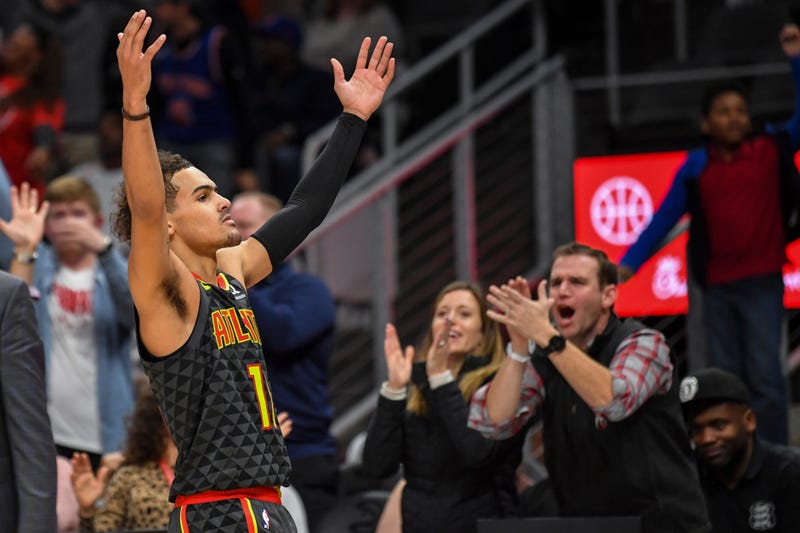 Something happened in Atlanta sports last night that everyone is missing.

Trae Young did something extremely petty and immature and no one is holding him accountable.

What I do find very interesting and what is the whole point of this segment is the pettiness of Trae Young.

Shortly after the 44 players who made the team were announced, Trae tweeted this:

THEN. Shortly after Lloyd Pierce's original comments about how Team USA is earned and players who played in the past get grandfathered in and that Trae hasn’t earned his spot yet, Trae Young tweeted the following:

Unless this is some massive coincidence that 10 minutes after Pierce’s comments Trae just happened to tweet something, Trae Young is being petty.

First off, why does this matter to Trae at all? He had a zero percent chance to actually make the final 12 and play in the Olympics. And to be honest, of the 44 players selected, you can argue that all of the true point guards are currently better than him and have won more than him in the past.

Is Trae Young really that upset that he got left off a team that he wouldn’t have made anyway? Does the validation of team USA really matter so much that you have to take a shot at your current head coach on Twitter?

I love Trae. He’s the brightest star that we have in the city of Atlanta. But if no one is going to call him out for his pettiness I have zero problem doing so.

Trae Young’s team is 15-40. That’s something to be upset about. Trae Young’s over here worried about his coach just telling it as it is on an Olympic team with much bigger and more important stars than Trae Young.

With great power comes great responsibility. Besides defense, if there’s one thing Trae needs to work on, it’s not being petty and reacting on Twitter over stuff that really doesn’t matter at all.