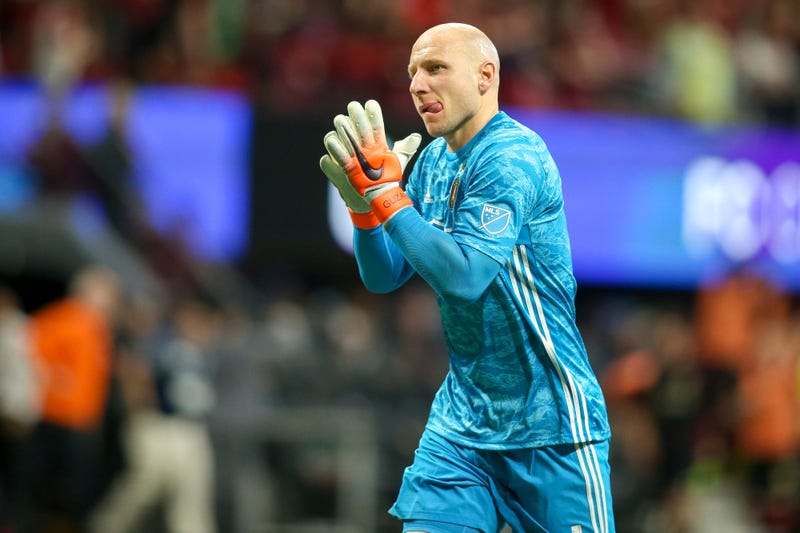 Atlanta United Goalkeeper Brad Guzan joined Dukes & Bell to talk about the team’s 1-0 win over Monterrey in the quarterfinal of CONCACAF Champions League, their slow start to the MLS season and the team meeting between players and coaches.

Guzan on the team's performance last night in Leg 2 against Monterrey:

“I thought, not only our play was better, but also our spirit. The belief of going forward and attacking,” Guzan said. “When you combine those things, you are going to get chances. The result was good. Overall, it was much better from our point of view, and this is something that we can continue to build upon.”

When asked about how the team can get a result on Sunday against Philadelphia:

“It starts exactly the way it did for us last night,” Guzan said. “Come Sunday against Philadelphia, our energy has to be there; our intensity. We’ve got quality so ultimately enjoy the moment, and that’s when you will see the best come out of our players.”

Guzan discussed the team meeting between coaches and players:

“It went both ways. It wasn’t just a talking to from management to players,” Guzan said. “As players, we stood up and gave our view on things. When you go into a meeting like that with an open mind, only positive ideas will come out of that. It wasn’t a yelling, shouting match. It was a very good conversation between coaches and players.”