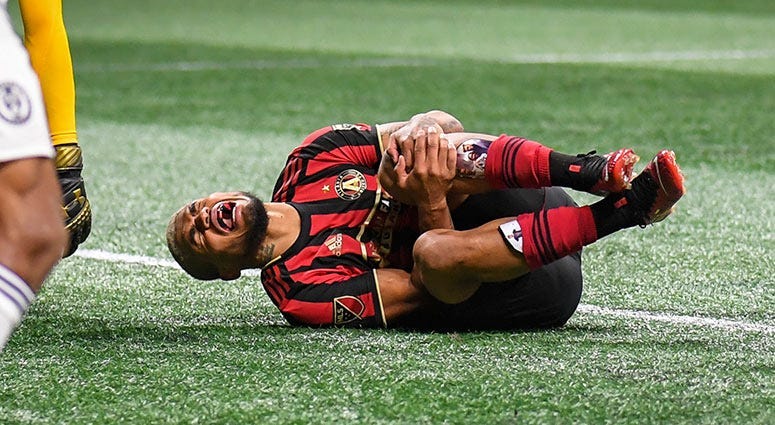 Often in soccer, teams earn draws that feel like a loss (such as Atlanta United’s 1-1 result with Cincinnati on March 10). Sometimes, teams earn draws that feel like victories.Sunday, Atlanta United played to a draw with Philadelphia that felt like... well, a draw.Maybe it was the come-from-behind nature of earning the result. Or the fact that Atlanta United dominated possession to a much larger degree than they did against Cincinnati. From my seat high above the pitch, it felt like Atlanta United made progress against Philadelphia Union.But, they have scored just two goals across three league matches, and that is simply not good enough.Frank de Boer agreeed with Jason Longshore and I’s hypothesis in his post-match comments, conceding that his club was sloppy, but that was due to fatigue. I think he is correct. But, because of that, we should expect a much more precise effort against Columbus on March 30, or the fatigue argument goes out the window.I still believe that CONCACAF Champions League was burdensome to Atlanta United, with travel and a crowded match schedule limiting training opportunities and exposing players to far too many minutes. It was very obvious that Eric Remedi and Michael Parkhurst were running on fumes at the end of Sunday’s match, and many more were just slightly above empty on their respective gas gauges.The upcoming International break, and a second scheduling bye over the first weekend of April, should help. But everyone needs to make the most of that.Pity Martinez is struggling. Here’s hoping that a trip back to Argentina helps clear his head.George Bello and Franco Escobar are sorely missed. Here’s hoping the next 13 days are enough time for them to get match fit.Ezequiel Barco is playing the best soccer he has played since joining Atlanta United. Same for Miles Robinson. Here’s hoping the break isn’t too much of a good thing, where the lack of matches gets them out of rhythm.