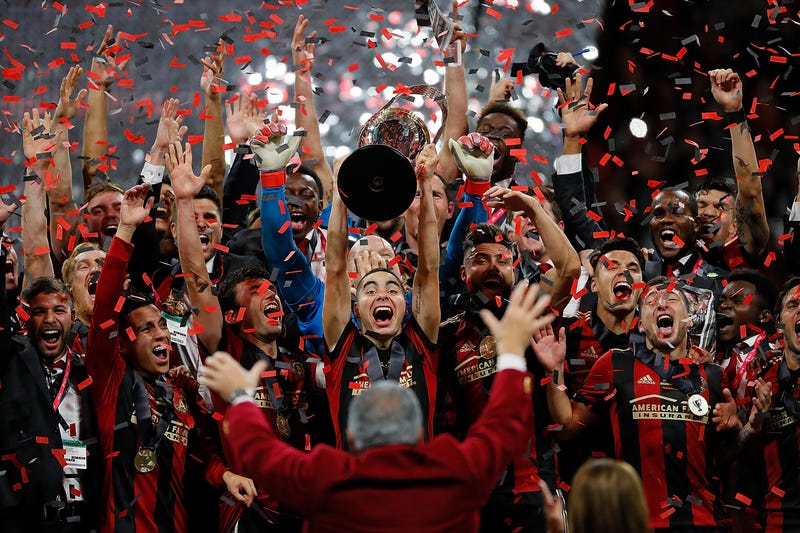 As the wait continues for Major League Soccer to re-start its 2020 season, Atlanta United's radio broadcaster is reaching in to its vault to replay classic matches in their entirety.

Starting Saturday April 4, and continuing on Saturdays and Sundays in April, 92-9 The Game will rebroadcast select matches from the 2018 season, wrapping up with the first-ever radio rebroadcast of Atlanta United's MLS Cup victory over Portland Timbers.  It's a project that was coordinated by the club, 92-9 The Game, and sponsor Mercedes Benz.

Each match will be presented as it was originally called by play-by-play announcer Mike Conti and commentator Jason Longshore, along with pre-match, halftime, and post-match reflections from Conti and Longshore.

"I'm really looking forward to reliving Atlanta United's run to their first MLS championship," said Longshore.  "It was a special time that really brought the city and the region of soccer and sports fans together, and it will be nice to have that feeling again."

The schedule of match replays was selected by Conti and Longshore:

"These were some of our favorite matches from the 2018 season," said Conti.  "It will be great to hear historic moments like Josef Martinez breaking the single-season goal scoring record, Atlanta United clinching its first playoff victories, and of course the MLS Cup Final brought back to the radio for the first time since these matches aired."

The Road to the MLS Cup, presented by Mercedes Benz, is being produced by 92.9 The Game production director Steve Wilson.