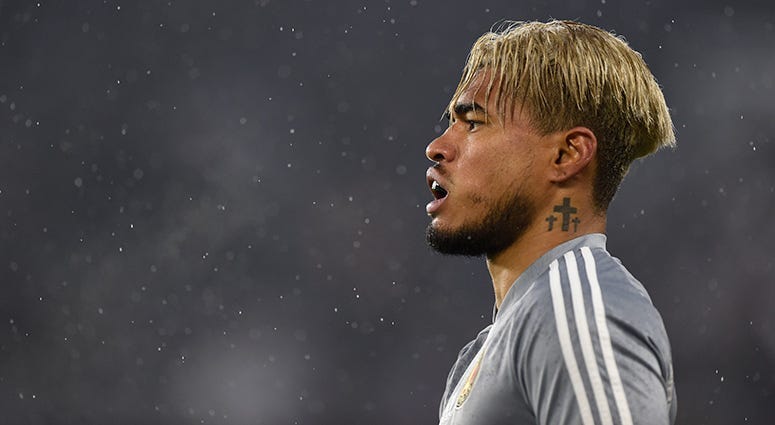 It’s been such a strange season so far, wouldn’t you agree? With all of the matches in the first month, last weekend felt so strange without an Atlanta United match (or two) to call. After what feels like an eternity, the 5 Stripes will be back on the field Saturday night.

Mike Conti and I will have the 5 Stripes Countdown for you starting at 7:00 p.m. here on 92.9 The Game Saturday night. Kickoff will be just after 7:30, and we’ll have an hour of the Full Time Report following the final whistle.

While the start of the season has not been the disaster that some would lead you to believe, two draws at home mean that Atlanta United has work to do to make up for four lost points. Mapfre Stadium in Columbus was not an easy place to roll into and claim three points in 2018, only two teams did it. However, one of those was Atlanta on June 13. In fact, the 5 Stripes have claimed wins in both of their previous trips to Ohio.

2. Both teams have injury concerns

Both teams come into Saturday night with some key players potentially absent due to injury. George Bello is out for Atlanta with a groin injury, he is described as “week-to-week”. Listed as questionable on the injury report are Pity Martinez (hamstring), Florentin Pogba (hamstring), and Kevin Kratz (calf). All were described as “day-to-day” to return to full training at yesterday’s media availability, which would almost certainly rule them out for this weekend.

Columbus have a number of players listed as questionable on their injury report as well. Goalkeeper Zack Steffen did not join the U.S. national team for their two friendlies due to a knee injury, he also missed the Crew’s match in Philadelphia last weekend. Left back Waylon Francis did play for Costa Rica during the break and returns with a calf injury. Midfielder Artur and winger Niko Hansen have thigh injuries that could keep them out of Saturday’s match.

Another question mark revolves around the players returning from international duty. Columbus saw Gyasi Zardes and Justin Meram play nearly two complete matches over the break for the U.S. and Iraq respectively, while Wil Trapp featured in both U.S. matches in the midfield. None of the Atlanta players on international duty played as much as Zardes or Meram, but they were active. Josef Martinez played in two matches in Spain for Venezuela. Tito Villalba played into the second half Tuesday night for Paraguay. Ezequiel Barco, Miles Robinson, and Andrew Carleton all played in two matches for their youth national teams.

3. Similarities and differences between Atlanta and Columbus

Cue the Spiderman meme when you start digging into these teams and their philosophies. Both have been dominant in possession, with Atlanta United leading MLS at 60.3% and Columbus sixth at 54.3%. Both are struggling to generate shooting opportunities from all of that possession, the Crew are 23rd in the league with 8.5 shots per match while Atlanta is 20th averaging 10.3 shots per match.

One key reason for that is Columbus has been able to find Federico Higuain often this season. The legendary Crew midfielder is averaging 63 passes per match thus far, only Wil Trapp and Jonathan Mensah have more passes per match for the Crew. On the Atlanta side, their top four players in passes per match are the three center backs (Leandro Gonzalez Pirez, Miles Robinson, and Michael Parkhurst) and Eric Remedi. Atlanta’s best chance creator so far, Julian Gressel, is averaging 15 fewer passes per match than Higuain.

The biggest difference between the two is that while Columbus can relate to some of the issues Atlanta has been having this season, they have been getting better results. The Crew are 2-1-1 so far while Atlanta has yet to taste victory in MLS.

Lots of eyeballs will be on Nippert Stadium in Cincinnati on Saturday afternoon as the new kids on the block in MLS try to make history. When the season launched, most thought that FC Cincinnati’s best chances for making history would be for negative things on the field. However, manager Alan Koch has his squad one win away from the best-ever start by an expansion team in MLS. They host the Philadelphia Union, who are coming off a home win over the Crew. The Union will also be getting playmaker Marco Fabian back from suspension.

Will we learn anything tonight about the two Eastern Conference heavyweights battling at BMO Field? Both NYCFC and Toronto have lots of questions about their rosters early this season, but both have made big signings in recent weeks. While it appears that new Brazilian forward Héber will not be available for the Pigeons yet while he awaits a work visa, Toronto’s new playmaker Alejandro Pozuelo could start. The Spaniard said all of the right things as he was introduced to the media this week and could be the spark that Toronto’s offense has been missing with the offseason departures of Sebastian Giovinco and Victor Vazquez.

Even with those offseason losses, Toronto has started out the season with two wins and will try to stay perfect against NYCFC tonight.

The best team in the Eastern Conference, at least according to the goal differential tiebreaker, is DC United. They head to Florida on Sunday evening to do battle with Orlando City. The Lions shocked everyone last weekend with a 1-0 win at Red Bull Arena. One of the sparks in that performance was a pre-match players-only meeting called by their new Portuguese star Nani. The former Manchester United winger will see one of his long-time teammates from England Wayne Rooney for the first time in Major League Soccer on Sunday.

7. Drama in New England as the Loons come to town

Year two of the Brad Friedel era in New England got off to a somewhat positive start with a 1-1 draw against Dallas on opening day, but it’s been downhill ever since. Cincinnati came into Gillette Stadium last weekend and outworked the Revolution in a 2-0 win. Friedel was vocal after the match in questioning the effort of some of his players. He has doubled down on those comments this week in the media. He told the Boston Globe’s Frank Dell’Apa, “The mentality of a player in this league, a lot of the players, when they lose, it doesn’t hurt enough. There’s not relegation, they don’t get fined, they don’t have fans waiting by their cars, they don’t have people beating them up. They don’t have the pressures they have in other leagues.” Minnesota’s high-powered attack might not beat the Revolution players up, but it might beat up the scoreboard at Gillette Stadium if New England does not start figuring things out.

8. Can LAFC extend their lead in the West?

Bob Bradley’s LAFC sit at the top of the Western Conference right now with a 3-0-1 record. They are currently averaging more than two goals per match and they will be facing one of the league’s worst defenses in San Jose on Saturday afternoon. It has been a frustrating start for new Earthquakes manager Matias Almeyda as he tries to revamp a team that was the worst in the league in 2018. We’ll see if Almeyda was able to make the most of the international break after San Jose’s awful second half in New Jersey on March 16.

One of the more underrated rivalries in the league is renewed in Vancouver Saturday night as the Seattle Sounders come to town. It’s always Seattle and Portland that get talked about when it comes to Cascadia. However, Marc Dos Santos is trying to return the Whitecaps to relevance. They are still looking for their first win of 2019, but each loss has been by one goal this season. The Sounders have been running rampant so far this season with ten goals in three wins.

The Concacaf Nations League draw was held this week in Las Vegas and the U.S. learned who they will be facing in group play this fall. The new competition will see twelve teams compete in League A with the four group winners advancing to the semifinals in March 2020 and the four last place finishers getting relegated to League B. The U.S. will play four matches in October and November to determine if they can win the group.The teams they will face in the home and away format are Canada and Cuba.

Tonight in Statesboro, the South Georgia Tormenta will kick off their inaugural campaign as a professional club in USL League One as they host the Greenville Triumph. Tormenta has operated as an amateur club for the last three seasons before becoming the first member of the USL’s new third division professional league. That’s not the only news Tormenta has made this week, they broke ground on their new stadium that will be ready for next season. The stadium anchors a 200+ acre, multi-million dollar development that will help transform the south side of Statesboro and Georgia Southern University.