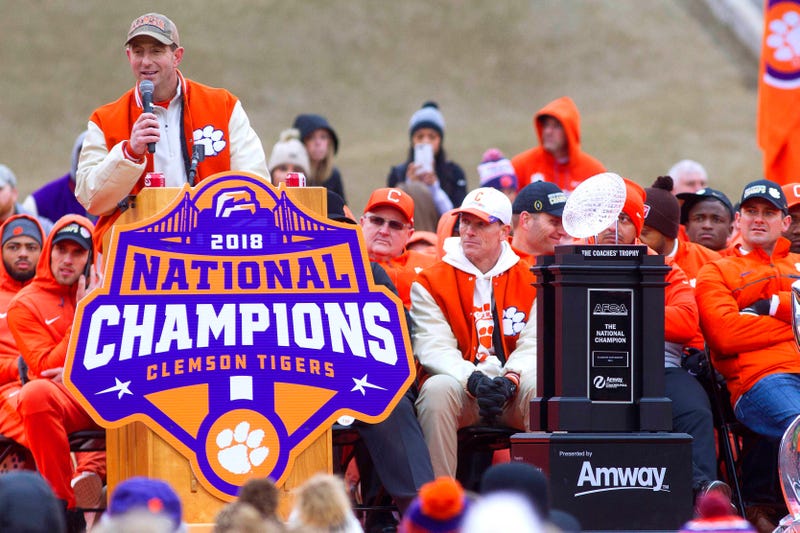 During the season most College Football fans hated that the Playoffs were stuck at 4 teams, however, after watching the 2018 College Football Playoffs it's apparent that we don't need to expand it any further.

John Chuckery likes the 4 team Playoff Bracket because of the 10 CFP games played thus far, the average game was decided by 20 points. Most games were blowouts, so do you really want more lopsided games under the "Playoff" umbrella? He continues that Clemson and Bama were overwhelmingly the best teams in the country, how can you expand it when no more than 2 teams were high above anyone else.

John Michaels counters that it's not fair in CFB to not allow every team to play it out all season. College Football is all encompassing and there are peaks and valleys and Clemson and Bama are at their best right now, but that could change in the next year and you need to allow every team a chance to reach the top of the moutain.

Click below to hear more of the debate including how paying players and facing FCS schools affects the CFP.