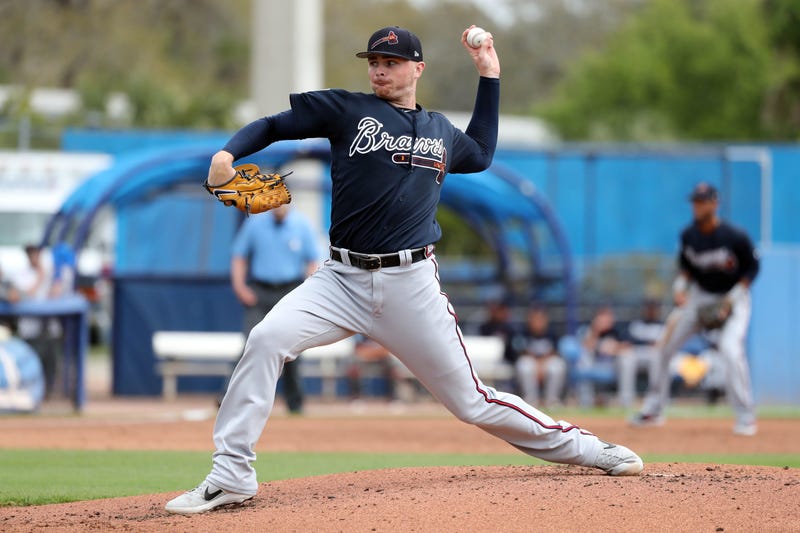 March 21, 2019 03/21/2019 6:05 pm
Atlanta Braves starting pitcher Sean Newcomb struggled, yet again, yesterday giving up three runs and five walks in his five-innings of work. The walks have been the biggest concern for Newcomb in Spring Training. He’s given up 15 walks over 17-innings of work.

After the first two innings today, Newcomb has allowed 12 hits, 10 runs and 8 walks in 9 innings over his past three starts.

“I’m really concerned because I think the new pitching coach Rick Kranitz has done a great job with his message to the pitchers,” Jordan said. “All those guys are throwing strikes. They're around the strike zone. They're not falling behind hitters."

"You look at Sean Newcomb, who had problems last year with walking guys, continue to have that problem. It is concerning, there's no doubt about it."

Jordan said Newcomb has the stuff to be a dominant pitcher but is surprised that he's continuing to struggle.

"He's the guy I know coming into the season everybody was relying on. It is kind of surprising that his walks are still up in Spring Training...don't give free passes out. His command is a problem."

Manager Brian Snitker was asked by reporters about Newcomb’s performance on Wednesday, he was relatively optimistic.

"One thing a manager wants to do is be positive and send positive reinforcement to that player, especially coming into the season," Jordan said. "I know there's concerns in the back of Brian Snitker's mind but he's never going to let that be known to the fans."

"It's good for him to be positive but I'm quite sure that door is shut and he's in Newcomb's ear saying 'look, you gotta improve, you got to attack the strike zone and you got to get better because we need you this year.'"

He said the pressure’s on these Braves’ starting pitchers because of the young arms chomping at the bit to get their opportunity.