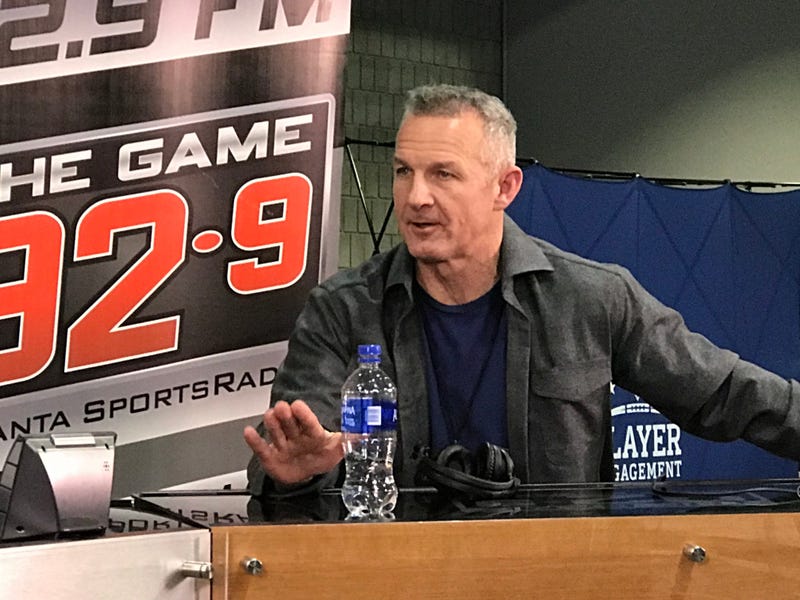 Merril Hoge joined The Midday Show with Rick and John from Radio Row and started off by complimenting the City of Atlanta for being lit up and putting on a good show.

Hoge told us he doesn't miss being on ESPN but misses being with the guys and talking football. He mentioned he was able to write a book, fought cancer and had open heart surgery. Hoge is now able to develop young men in football and preparing them for life.

Hoge said people were talking about the decline of the Patriots eight years ago and he questioned them asking where are the cracks? He told Rick & John that the only way to know a player is legit is to watch the coaches tape to get the real answers. Merril said you know when a players is done and that's when they retire.

Hoge doesn't think the Patriots will deviate from their game plan, but the Rams might and that's why it will be a good game. Whoever controls the tempo of the game is going to come out on top. Merrill said Todd Gurley, early in the game, will be a critical part of the Rams' success. He also questioned how Belicheck will block Donald and Suh in this game. ​