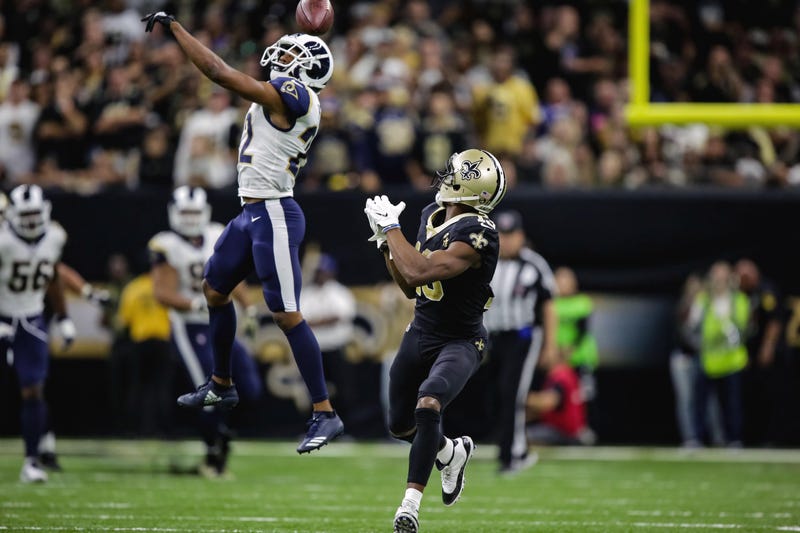 Bobby Hebert joined Dukes & Bell and told the guys what to expect in Sunday’s NFC Championship game “Initially I would say take the under, if you look at the first game they combined to score 80 points, I don’t think we will see that kind of shoot out, but I could see 31-27. If they get off to the same kind of slow start that they did against the Eagles, I don’t think they’ll win.”

Bobby talked about how big the loss of Sheldin Rankins is with Todd Gurley coming to town “I’ve always been a Todd Gurley fan, I had a guy tell me he might be the closest thing to Herschel and they ran all over the Cowboys, they embarrassed him. So I don’t know Sheldon Rankins being out, I guess you just have to put eight men in the box and make Jared Goff beat you with his arm, because not having Cooper Kupp is a big loss for Goff.”

When asked about Michael Thomas’ effect on the game Sunday Bobby said “He very seldom catches it with his body, he always catches with his hands because he has very strong hands, Aquib Talib didn’t play the first game and I remember when Talib punked Jimmy Graham one time but I tell you Michael Thomas ain’t no punk, if it’s one on one I like Michael Thomas’ chances but I can see the Rams making other guys step up and beat you.”