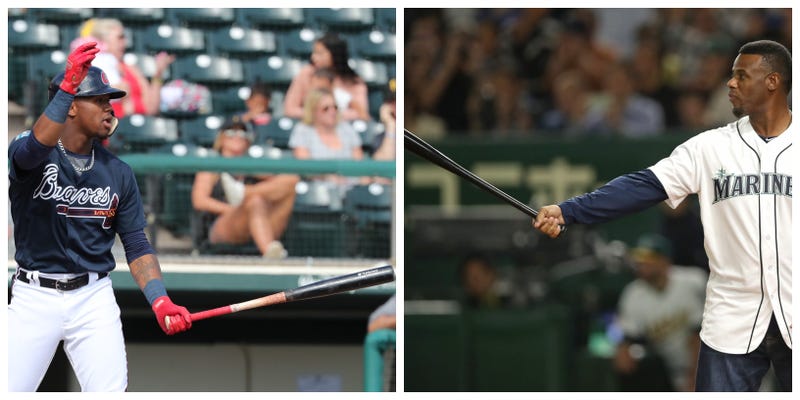 FOX Sports South broadcaster Chip Caray has called plays for the Atlanta Braves for the past 10 seasons, and overall since 1987. And he'll be calling future games for Braves' outfielder Ronald Acuna, at least for the next eight years.

The young phenom signed a $100 million contract extension to remain with the organization through the 2026 season, with options for 2027 and 2028.

In calling as many games as he has throughout his career, Caray said one player comes to mind when he thinks of Acuna: Ken Griffey Jr.

"I think Ronald plays with the same kind of flair," Caray said. "He's a kid. He's having fun. And I think sometimes all of us, who've been around the game so long, forget that 'yes, it's a business and yes, it's a man's game and yes, you're trying to win as many games as you can;' But you know what, you have to have a lot of little boy in you."

That joyful attitude that Acuna plays with reminds Caray of the way Griffey played the game.

"(Griffey) never forgot that it's supposed to be fun," Caray continued. "And I hope Ronald will continue that."

"I love watching him and Ozzie (Albies) and Johan Camargo in the dugout. I love their antics. I love the passion in which they play, and the ability they have to enjoy this moment...