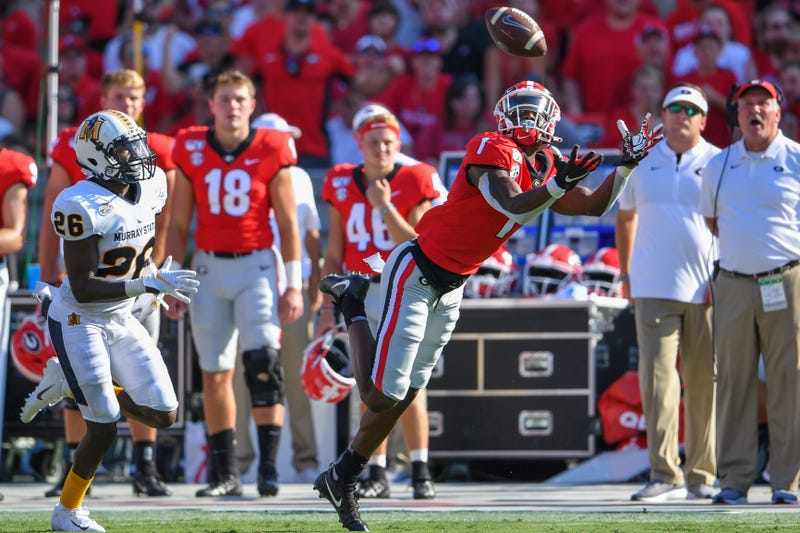 Edwards who is Georgia's all-time leader in receiving yards, receptions and receiving touchdowns reminisced with Randy McMichael about their time as roommates during the playing days at Georgia.

"The downfall of playing a night game is you sit around all day and are just waiting to play. The fun thing about night games is that all eyes are on you," Edwards said when asked about playing under the lights at Sanford Stadium.

WHAT. A. GRAB. --@GeorgiaFootball's George Pickens is a PROBLEM! pic.twitter.com/jyeW9xLQm6

"This guy (George Pickens) is the real deal. He is a natural receiver. He is a freak of an athlete playing receiver. He has A.J. Green ability and more talent than I had," Edwards said when asked about Freshman wide receiver George Pickens.

"Dominick Blaylock is a talented player. He and George Pickens could be the best 1-2 punch we (Georgia) have ever had at wide receiver," Edwards said when asked about the other young wide receivers on this team.

Edwards went on to talk about about how much he likes Jake Fromm and how James Cook is the x-factor for Saturday night's game against Notre Dame.​