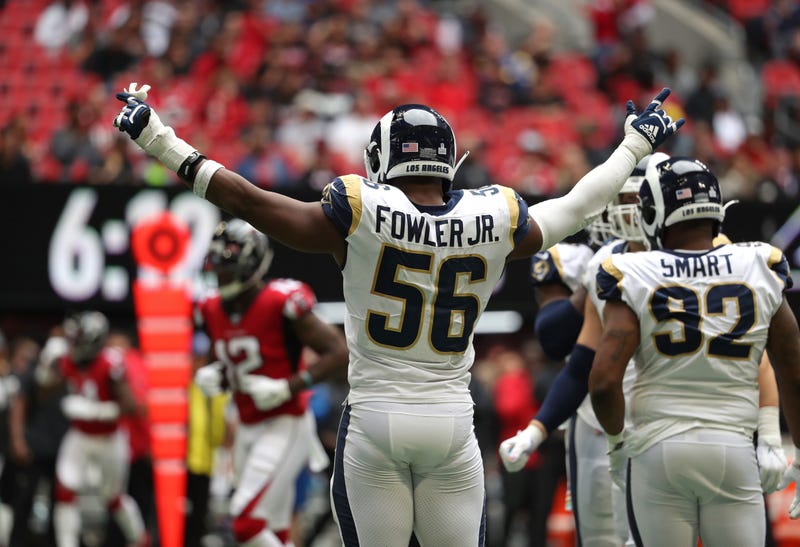 One word general manager Thomas Dimitroff and head coach Dan Quinn used at the end of the season and going into free agency and the draft was "game-wrecker." Somebody who can line up on any given play and do something that is going to alter the game, and change the game. Somebody that an offensive game plan has to be geared towards stopping. Somebody that can change a football game on any given snap.

How many guys are there even like that in the NFL? That at some point over however many snaps they're going to play on defense, I know there's going to be two or three plays where this guy is going to do something that can significantly alter the outcome of the game.

Randy McMichael puts Grady Jarrett in that category. But have the Falcons acquired any "game-wreckers" in free agency?

"We don't know what Dante Fowler is," Randy McMichael said. "We know the season he's coming off of. We know that he came in with a lot of hype because he was a top five draft pick coming out of Florida."

"I don't know what Fowler to expect. I know that I would like to think he's going to be as productive."

​Fowler is coming off an 11.5 sack season with the Los Angeles Rams.