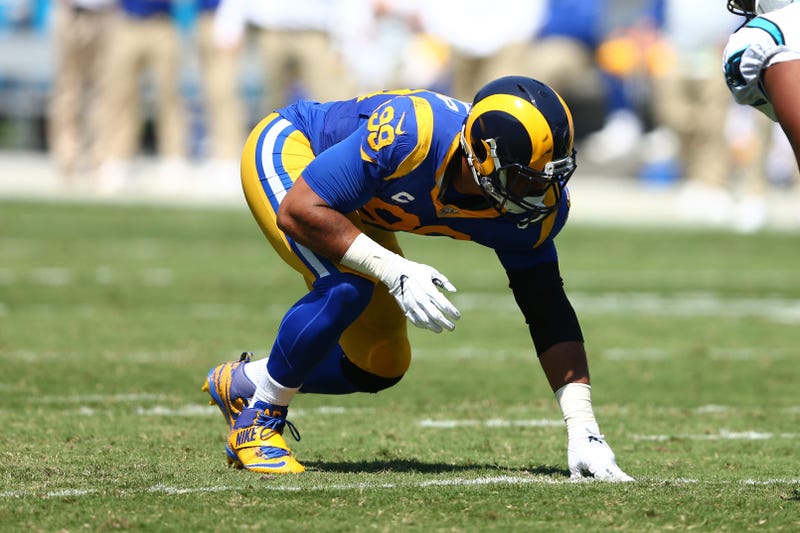 Archer talked about using the running game to slow down Donald.

“I make him try to defend the run.” Archer said “Anytime you have  guy like him, you make him defend the run game, come at him with some run game out of the shotgun, I think that’s what you do to all pass rushers, you make the game physical for them and it takes something out of them as the game goes on.”

Archer continued on using the run game to neutralize Donald.

“We use some broken line stuff last week.” Archer said “By that I mean pulled one side of the line to the other side, I look to see that continue, Aaron Donald is such an aggressive up the field player maybe you use some of that against him.”