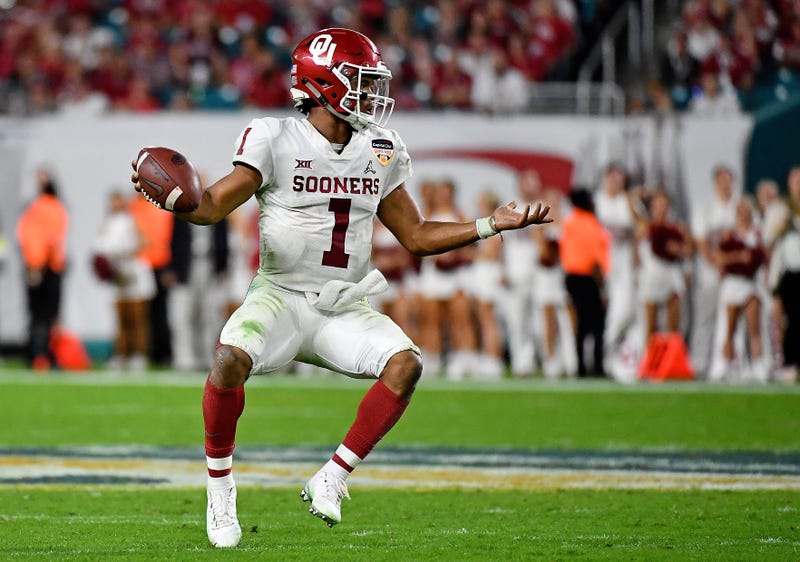 Senior NFL Columnist for CBSSports.com Pete Prisco joined John Fricke and Hugh Douglas Friday to preview the NFL draft and how the Atlanta Falcons stack up against the rest of the NFL.

Prisco on why he has the Arizona Cardinals passing on Kyler Murray at No. 1 overall in his latest mock draft: “I have heard some things about the Cardinals not picking Murray at 1 overall. The biggest problem is selling tickets. Some people in that building still believe in Josh Rosen.”

Prisco (who has the Falcons taking Clemson defensive tackle Christian Wilkins in his latest mock draft) on the Falcons taking a defensive tackle: “They have a need there. I know they have the kid (Deadrin) Senat who is a bit of fire hydrant. And you have the contract situation with Grady Jarrett. I think you also have to look at right tackle and cornerback. I don’t think there is a cornerback worth taking there, but if Juwan Taylor drops to them at 14 I think they could take him.”

Prisco on if the Falcons can make all the offseason coaching moves work: “I think Dirk Koetter is a great move. He has familiarity with Matt Ryan and I think that is a great move for the offense. I think Dan Quinn is a bright defensive mind and should be able to handle the defense.”

Prisco on if this is a make-or-break year for Dan Quinn: “If they go 6-10 this season I think he is in trouble. But if they go 9-7 and have a bunch of injuries, I think he is fine. I think they have a chance to be great on offense and it’s just a matter of the defense staying healthy.”

Prisco on a draft move that will surprise people: “I think Daniel Jones will go a lot higher than people think. He played at Duke and his offensive line was atrocious. Josh Jacobs is not an elite runner and he may not go in the first round, so you may not have a running back go in the first round at all.”

When put on the spot Prisco said that he does think the Falcons are a playoff team this year.