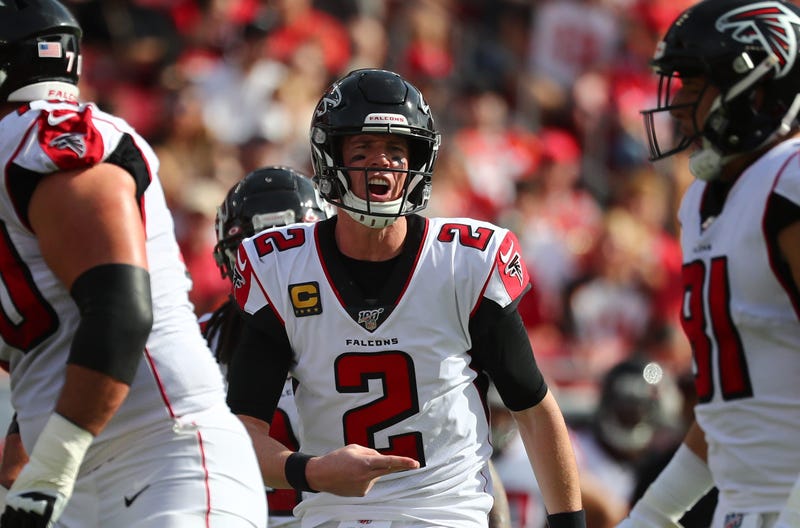 Alright so last week Matt Ryan went on like the most successful sports podcast in the world “Pardon My Take” and talked about a ton of things including the Super Bowl and how he dealt with blowing the 28-3 lead.

Ryan's response, “I think currently yeah, I’ll go with myself”.

Now, here’s the question I have for you. Was your reaction to that audio clip, “LOL nice joke Matt?” because if it was you.. are.. crazy...

Matt Ryan right now is 100% the best QB in the NFC South and it’s not a debate.  “Oh Thomas you’re insane. Did you forget that Tom Brady and Drew Brees are in the NFC South?”

Did you forget that Tom Brady and Drew Brees are both old enough to be my dad?

This isn’t a debate about who has been the better QB. Seven Superbowl rings combined between Brady and Brees. This is a debate of who is the best QB in the NFC South RIGHT NOW and with Brady and Bree’s age it’s not even close.

The last time we saw Tom Brady he got outplayed by Ryan Tannehill, failed to throw a TD at home in the Wildcard round of the playoffs, and had a QBR of 38. Last season he posted his lowest completion percentage, total yards and touchdown passes since 2016. Let’s be honest, the Bucs have no idea what they are getting out of 42-year-old Tom Brady.

Did we forget that Drew Brees is 41, and halfway down the “I’m so old, my arm strength is that of a noodle” track and lose in the Superdome where he posted a 47.2 QBR and got outplayed by Kirk Cousins?

This answer on PMT is hilarious because it’s all meant in good fun, but once you actually think about it, of course Matt Ryan is the best QB in the NFC East. Being 6-years younger than Brady helps.

Now, does this mean that the Falcons will win the NFC South next year?  No, I think Ryan’s crazy when he predicts 12 wins…but come on guys, Matt Ryan is the best QB in the NFC South RIGHT NOW and you can’t convince me otherwise.