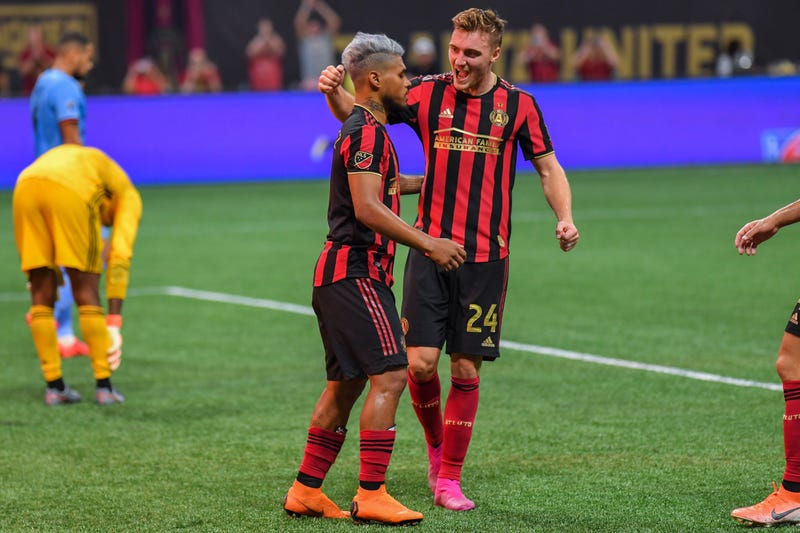 Atlanta United Analyst Jason Longshore joined Dukes & Bell to talk about yesterday’s match, where the team is right now, and was that Pity Martinez’s best performance in an Atlanta United kit?

Jason told the guys why Atlanta United was able to be on the attack yesterday.

“You controlled the match.” Longshore said “You can’t be a blind attacking team if you don’t control the match, if you want to win against Atlanta you can’t just come in and play defense you have to attack and NYFC tried and Atlanta controlled it.”

Longshore said that the team is where they are because of the early season struggles.

“I think so, it’s building blocks.” Longshore said “I don’t think you get to this stage if you don’t go through some of the things you wanted to, you’re playing with two very attack minded wingbacks with Gressel and Justin Meram who had never done it before.”

When asked if this was Pity Martinez’s best performance in an United kit.

“He was a key figure yesterday.” Longshore said “That’s what you expect from Pity Martinez, every time he was on the ball you thought something special was going to happen, the defensive stuff is a cherry on top, but the pass to Gressel in the first half, Pity Martinez is capable of things that no one else in this league is.”