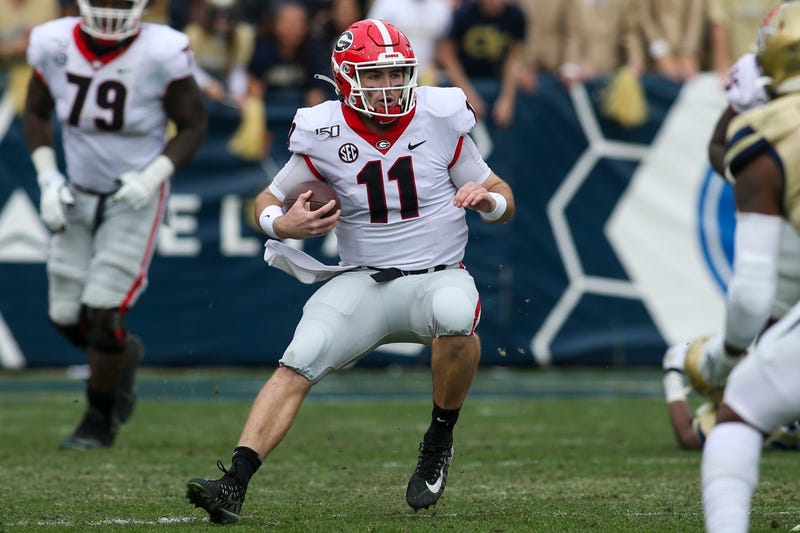 The SEC Championship game is on Saturday and Jake Fromm is set to start his third straight, but Fromm hasn’t been as good as he was the last two years and Dukes & Bell wonder if he’s no more than a game manager.

Dukes said that Fromm is a game manager and are afraid to say it.

“Jake Fromm is a game manager, and I’m tired of people telling me something that’s not true.” Dukes said “What do you see that makes Jake Fromm Elite? What says Elite about him? The Dawgs are 11-1 and if you go back to two seasons ago, 2017 Jake Fromm had better players around him and wasn’t asked to do as much. In a year where the talent isn’t as good around him and he’s asked to do more, he hasn’t been as good, the guy is really good but he’s a game manager and people are afraid to say it because we like Jake Fromm.”

Bell talked about how in the past Fromm would have Heisman numbers.

“Because you’ve got all these guys who can do a lot of things under center, whether it’s the dual threat option, or guys are more athletic.” Bell said “Fromm has 21 touchdowns and 3 interceptions in the 80’s that would be Heisman trophy candidate numbers for a quarterback, but now we’re in a world even the SEC is evolving where it’s more about passing than running.”