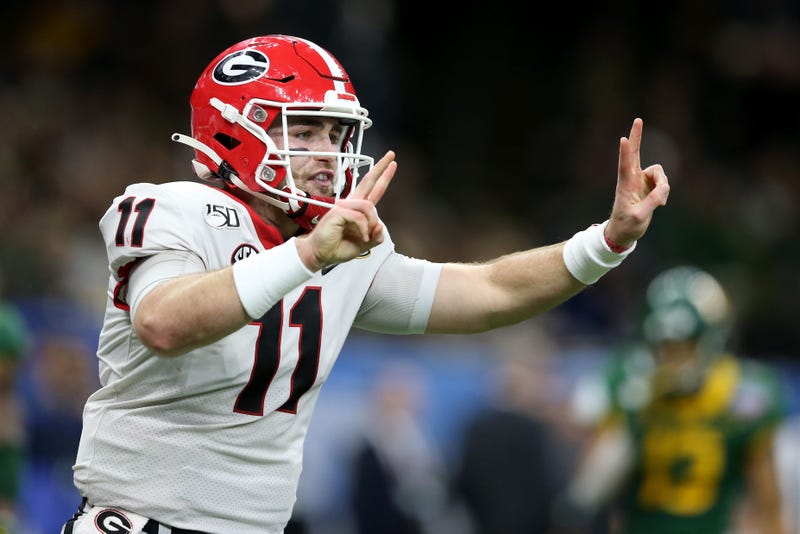 January 2, 2020 01/02/2020 10:25 pm
Georgia quarterback Jake Fromm had an impressive Sugar Bowl amid speculation of whether he will return for his senior season or declare for the NFL Draft.
Carl said whatever Fromm decides it’s not going to be a bad decision.
“I don’t know if there’s a bad decision either way, but what puts him in the best position for his future?” Dukes said “NFL scouts see Jake limited physically, but he wins over coaches with his intelligence, his ability to learn, he’s calling plays on his own at the line of scrimmage that’s what coaches want to see at the next level.”
Mike talked about not thinking Fromm is a game one starter in the NFL.
“He’s winning a ton of games, it’s not his fault his defense lost the SEC Championship, and national championship.” Bell said “But he is missing some throws, hopefully he gets the right fit, is he a guy that can start right away? I don’t see that.”