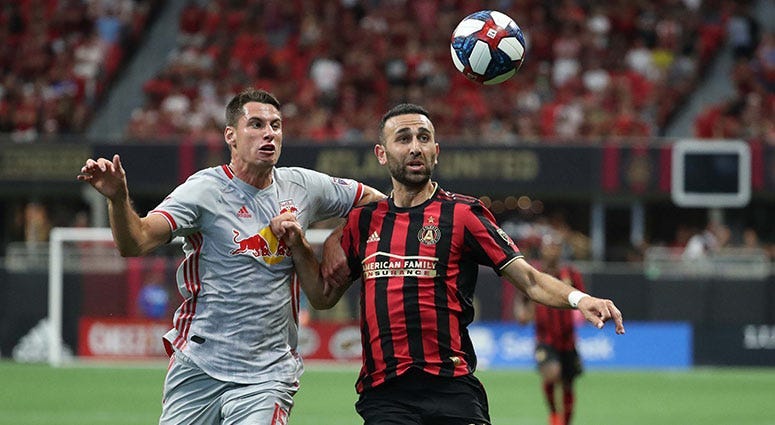 Jason Longshore joined Dukes & Bell to talk about yesterday’s game against the Red Bulls and what do you do with the lineup when Barco returns?

When asked about Frank de Boer’s comments after yesterday’s games on Pity Martinez.

“I thought what from the whole statement, the way the game played out in the second half he was an extra player because he wasn’t a player you could get the ball to him because it wasn’t his game,” Longshore said. “My issue wasn’t that they didn’t call stuff it’s that it was inconsistent the way they called and it was very hard to adjust to it.”

“Not at all. I wondered how long it would take to get that," color analyst Jason Longshore said. "This is a player that Orlando paid over a million dollars in allocation fees to get him at the beginning of last year. He’s playing with a ton of confidence right now. He had a good day overall as well, not just the goal, I thought he had a really good day at the office.”

Jason talked about the game tying goal in stoppage time by the Red Bulls.

“You have to give Red Bulls credit for the multiple runs they made,” Longshore said. “It’s a difficult situation, it’s not one player it’s multiple players kind of losing their head in that moment, I know you had that big emotional swing just a few minutes earlier than but you can’t let that happen.”