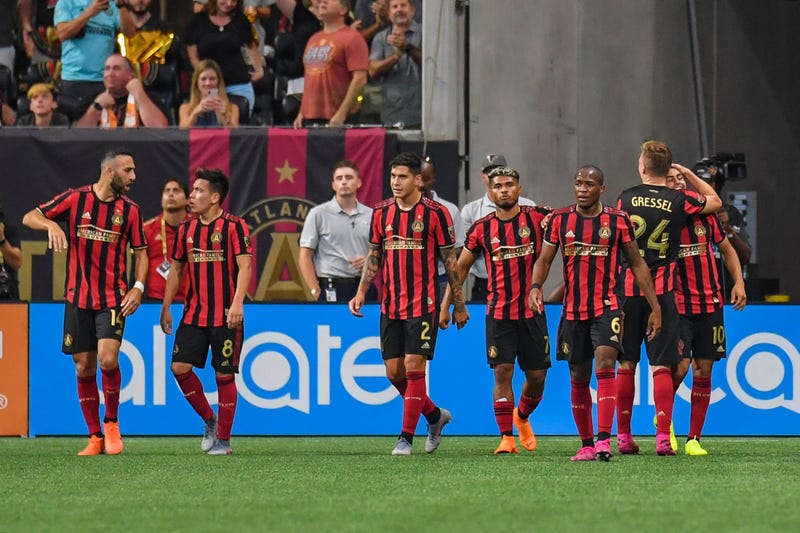 Atlanta United analyst Jason Longshore joined Dukes & Bell to talk about the teams big win on Saturday and was it their best match of the season?

Jason told the guys the “Tifo” before the game set the tone.

“It looks super cool, but it has an effect on a match.” Longshore said “It gets the fans hyped out of the gate, and it has an effect on the players, it takes a lot of effort from a lot of people and it gets repaid by Atlanta United by what I think was their best 90 minute performance of the season.”

Longshore talked about the Galaxy being without Zlatan.

“Full credit to the Galaxy for coming in and playing.” Longshore said “They’re in a similar situation as Atlanta with a new manager, when they don’t have Zlatan they’re 2-3, they haven’t been awful but they have struggled to score.”

When talking about injuries plaguing Atlanta United this year.

“It’s been a huge issue.” Longshore said “Barco has started seven games, that’s it, and you haven’t had a lot of opportunities to get these guys on the field at the same time. They’re going to be fine, it was intriguing to see how it played out with them being in the 3-5-2.”