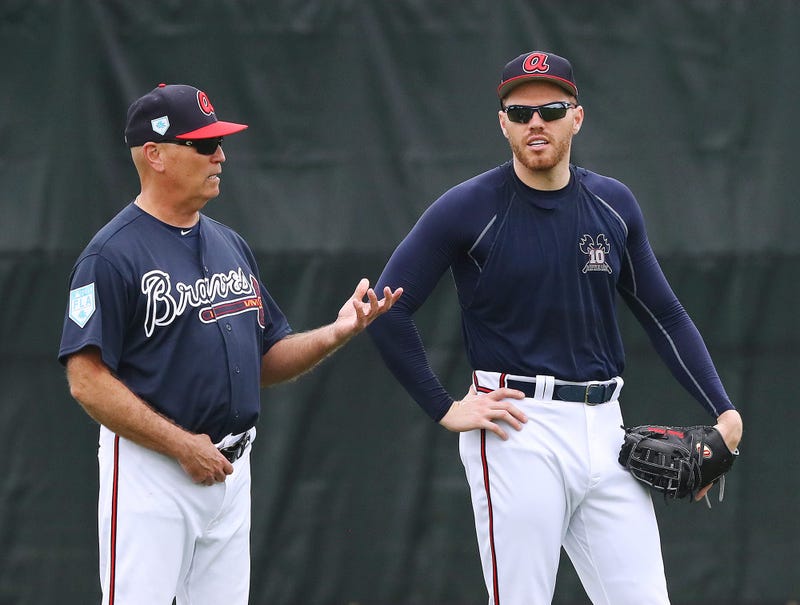 Jon Heyman joined Dukes & Bell Monday to talk about the latest rumors surrounding Bryce Harper, what he thinks of our Atlanta  Braves and their moves in the offseason and does Craig Kimbrel to Atlanta make sense?

Heyman explained what teams are still in the running for Bryce Harper.

“We can’t really be sure of anything. We know the Phillies, Dodgers, and the Giants are in. Mystery teams do always come in at the end,” Heyman said. “The majority of these big signings end up going to mystery teams that come out of nowhere, like Zack Greinke a few years ago. It makes sense that he goes to the Phillies, they have stupid money and if I had to guess I would say it will be the Phillies.

Heyman talked to the guys about how many years and at what price Craig Kimbrel is looking for on the open market.

“I’m not sure that he should be asking for five years, by the time I heard he was looking in the $80 million range,” said Heyman. “Relievers look more valuable, but they have re-evaluated the way they do these big star deals. I think Kimbrel to Atlanta makes sense, he’s from the south, he’s played there, they could use a reliever and it wouldn’t be a shock if he ends up in Atlanta.”

When asked about his thoughts on the Braves moves in the offseason...

“I’m not impressed. They make a lot of money, they got the ballpark built for them,” Heyman said. “Their profits are way up they can dispute how much they are up, but they are way up. I think Alex is doing a good job with what he is given, but it’s one of the major market payrolls that is too low to me.”