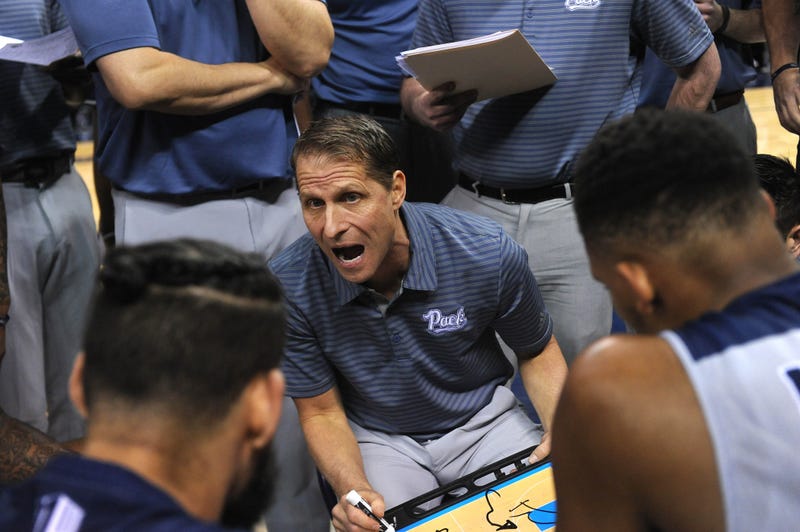 As we prepared for this weekend's college basketball action, 92-9 The Game hoops insider DeShaun Tate (@TatesTakeSports) joined John and Hugh to talk about this weekend's action and the upcoming March Madness tournament.

Saturday's biggest game of the day features top-ranked Tennessee (23-1, 11-0 SEC) at No. 5 Kentucky (20-4, 9-2 SEC), as the two conference rivals meet for the first time this season (they'll meet again in a couple of weeks).  For Kentucky, they will be looking to end a two-game losing streak to the Vols, and they also hope to get back on the winning track after a heartbreaking 73-71 loss to LSU on Tuesday.  Tate thinks Tennessee is due for their first conference loss of the season.  "Tennessee and Kentucky this weekend (will be something to watch)," he said.  "Kentucky's coming off the loss at home to LSU, and Tennessee hasn't loss since early in November.

As March Madness nears, he's clearly looking forward to the upcoming 68-team tourney and the uncertainty it brings.

“This is the best part of college basketball,” Tate said, “because that’s what makes it’s so unpredictable.  Nevada is one of those teams, that’s also senior-laden, but looking at their schedule, Virginia, Michigan and Texas Tech could be teams to watch.”