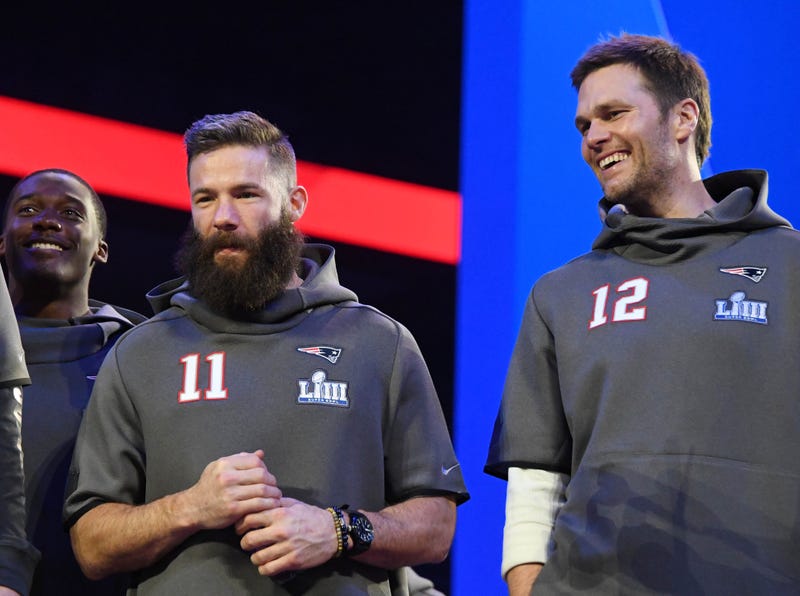 NFL on FOX host Curt Menefee joined John and Hugh to preview Super Bowl 53 between the New England Patriots and L.A. Rams.  For Tom Brady, this will be his 9th Super Bowl appearance, and most around the country are getting tire of seeing the Patriots in the big game. Menefee remembers back in November when media and fans were ready to write the Pats off, "We keep trying to write the Patriots off but their like 'Jason' in the movies. You can't kill them. They keep fighting back and fighting back. And here they are again."

This year, we saw the emergence of the "new" NFL with higher scoring offenses with the likes of Patrick Mahomes and the Kansas City Chiefs. But Menefee believes the real reason people like the new brand of NFL is because they "want the Patriots to disappear."

"They want to celebrate--'hey, let's get somebody else here, let's root for somebody else.' There's a large segment of this country that wants the Patriots to go away."

But Menefee isn't on board with that sentiment. He said, "I don't get it, and I'm not a Patriots fan at all but I love excellence in anything. And I don't get why people hate people for being successful."