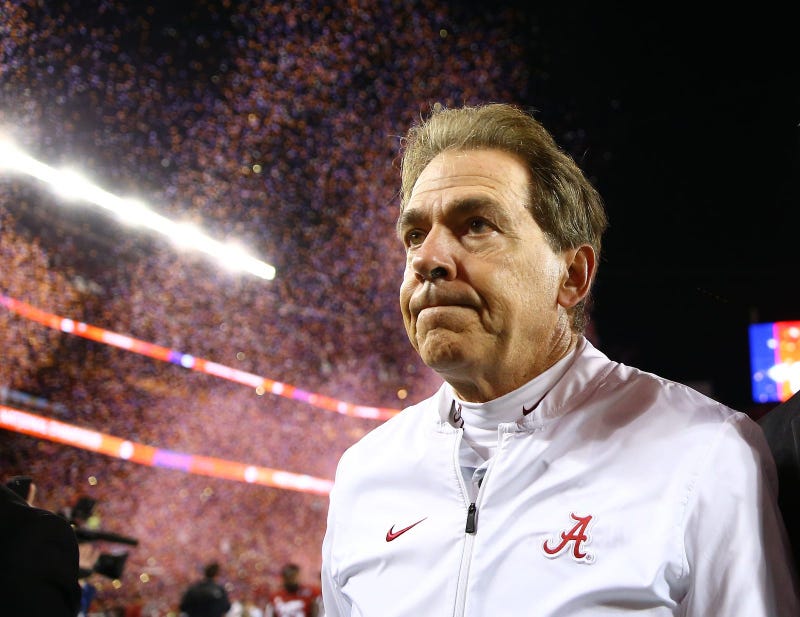 The Clemson Tigers are the 2019 College Football Playoff Champions! Not only did Clemson win the National Championship, but they did it in resounding fashion by throttling the Alabama Crimson Tide. This makes that series a 2-2 tie, and a lot of people think that the "King Of College Football" may be shifting away from Nick Saban and in to the direction of Dabo Swinney. No one knew the gravity of the severely one-sided National Championship game than Nick Saban, as we saw a completely dejected Saban during the post-game press conference. Saban did what any other head coach should do in his situation thougn; he shouldered all of the blame. Now there are coaches being swept up by the NFL, and players entering the transfer portal. Are the University of Alabama's days on top of college football numbered? Has the giant finally been slain?