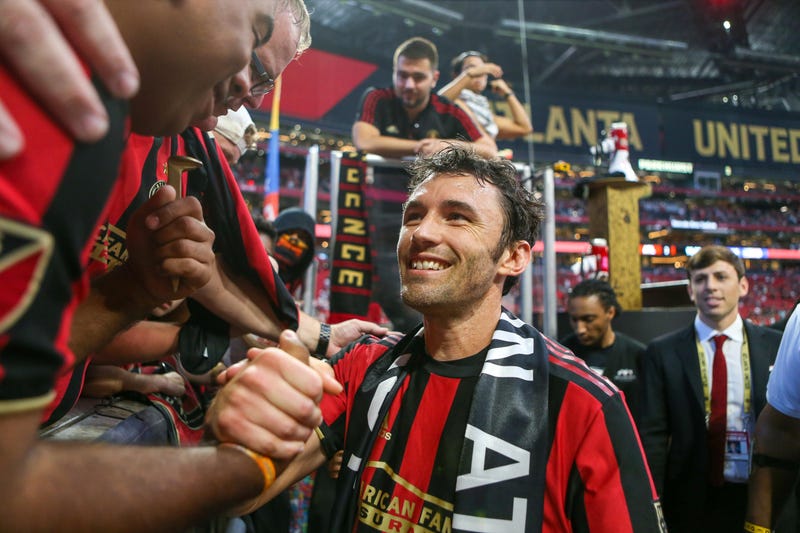 Michael said the loss to Toronto was one of the tougher losses in his career.

“Really stunning, honestly it’s one of the tougher losses of my career.” Parkhurst said “Just because we dominated the game, we were the better team we didn’t play poorly on the night, I honestly can’t put my finger on it.  We defended well throughout the game, we gave up two goals outside of the box, we probably gave up two goals outside of the box all season. They hit two perfect shots, we don’t covert our chances, we started the game so well could have been up two goals and possibly a guy after 10 minutes, we might have won that game 4 or 5 to nothing but it wasn’t meant to be unfortunately.”

Parkhurst talked about what Atlanta means to him.

“It was where I became an MLS cup champion.” Parkhurst said “That eluded me for a long time, I had four previous shots at it and came up short every time. This is the home where I became an MLS cup champion and that’s the biggest trophy in MLS and one that I’ve been after since that first year dating back to draft day. Also the opportunity to play in front of an electric fan base and that’s one of the things I’ll miss the most about not playing, just being out there and entertaining, playing in front of 40 thousand, 70 thousand people. And hearing the roar, the goosebumps you get before the game just when it’s a deafening sound in there, I’ll miss that for sure.”

music
Pregnant Mandy Moore 'utterly shattered' by sudden death of her dog
news
ICU nurse loses husband and mother to COVID within 3 days: ‘They’re both gone!’
news
Wendy’s is giving away free Breakfast Baconators sandwiches
news
College student sues after school suspends her for violating COVID-19 rules
music
Academy confirms 'in-person telecast' for 2021 Oscars
news
Kevin Durant optimistic, but uncertain if he is back to being old self: ‘Who knows’