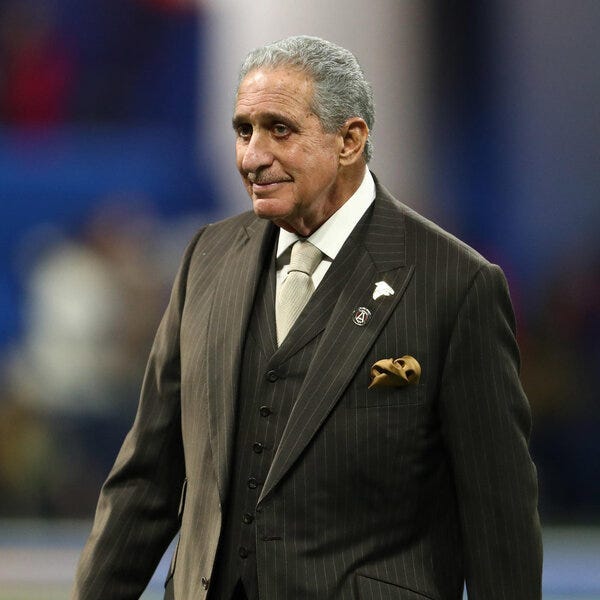 May 17, 2019 05/17/2019 6:22 am
Four months away from Atlanta Falcons’ season opener against the Minnesota Vikings and all eyes are on the newly constructed offensive line. Arthur Blank has responded to the uproar that he is “restless about the Falcons’ success” but has clarified that he is confident in what Thomas Dimitroff and Dan Quinn have put together.

Falcons owner Arthur Blank says report that he's getting "restless about Falcons" is somewhat out of context. His response via text: "Not at all. Off base...I am always restless to be better. Good is the enemy of great."

The debate continues on who the pressure falls on for the Falcons' season success whether its head coach Dan Quinn or owner Arthur Blank. Duane Walker gives his take on why the pressure is solely on Blank.