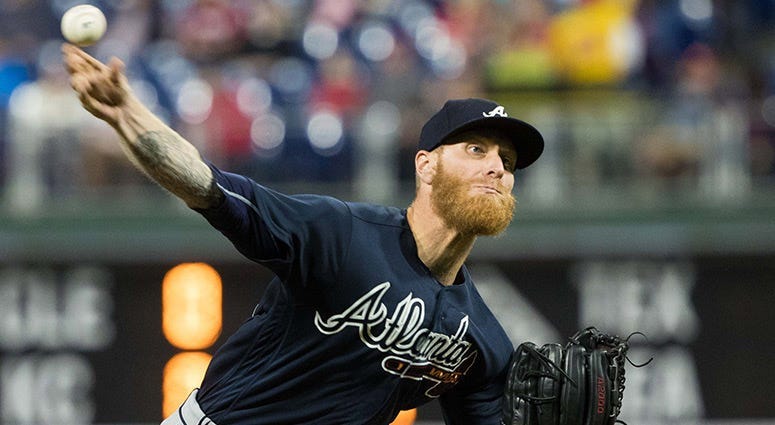 With pitchers and catchers set to report to the Atlanta Braves’ spring training this weekend, it’s about that time to take a look at what manager Brian Snitker and new pitching coach Rick Krantiz will be working with in 2019.

The Braves’ early season schedule means the team will likely need to start with a full five-man rotation. The silver lining of this for Braves management is that they will get a look early on at what they have in what is a talented but unproven crop of young starting pitchers. Let’s look at how we think it will shake out:

Folty is the obvious candidate to be the Braves’ ace, coming off a career year and the 27-year old’s first All-Star appearance. Foltynewicz’s uptick in production coincided with a full year of good health (something that’s been difficult to come by in his career) and a small tweak to his mechanics. Last season, Foltynewicz topped 200 strikeouts for the first time in his career, but his overall numbers were buoyed by some good fortune in his peripheral stats. It’s reasonable to expect some regression here, but he’s definitely the star of the show.

Newcomb is a tantalizing proposition for Braves fans with some of the best stuff on staff and the only left hander in real contention to make the Opening Day rotation. But if Newcomb is to improve this season, he must work with Krantiz on his command. He was arguably fortunate to keep his ERA under 4 last season, but considering his youth, there’s plenty of upside here.

Gausman was a trade deadline day acquisition for the Braves last season, coming over in a trade with the Orioles last season alongside reliever Darren O’Day. Gausman has quality pedigree, having been the fourth overall selection in the 2012 MLB Draft out of LSU. However, he didn’t look great in a Braves uniform last season, when his strikeout rate dropped significantly after being traded.

Yes, that’s right, Julio Teheran is still in Atlanta. Most Braves fans know what Teheran is at this point — a declining yet serviceable end-of-the-rotation pitcher that is as prone to throwing a gem as he is to having a stinker. Teheran must show that he can be a valuable innings eater for the Braves in 2019 after throwing the fewest of his career last season. It’s… unlikely, and he’s definitely a piece that could be moved in a trade or to the bullpen if more than one of the Braves top pitching prospects look ready this spring. Let’s take a look at them, starting with...

At just 22 years old, Touki Toussaint may have the best stuff of any potential starting pitcher in the Braves system. It’s understandable why fans are so eager to see him given an opportunity — the antithesis of Julio Teheran. Toussaint has top of the rotation potential, and broke out in a big way in AA last season, posting 107 strikeouts in just 86 innings. That form carried into AAA for 5 starts before the Braves called him up late in the year. He can throw his fastball at multiple speeds all the way up to near triple digits, and can also drop the hook with a devastating curveball. This is the year for him to make The Leap™.

Soroka’s stuff is right up there with Toussaint, but the main difference between the two at this point is that Toussaint has momentum. Last year was start-stop for Soroka after a pair of stints on the DL for an injured shoulder, and it makes sense that the Braves will want to be as patient as possible with him. That said, he’s reportedly healthy, and if he is the kind of player that can force Brian Snitker and Alex Anthopoulos’ hand this spring if he shows he’s too good to be ignored. It’s not like the Braves rotation is stocked with pitchers the team is 100% comfortable with.

As the most veteran of the Braves pitching prospects, as well as his inherent value as a southpaw, Fried is sure to see his fair share of time on the mound this season barring injury. Once you get past the Braves two obvious top pitching prospects in Toussaint and Soroka, Fried starts to make sense as a more reliable, steady hand.